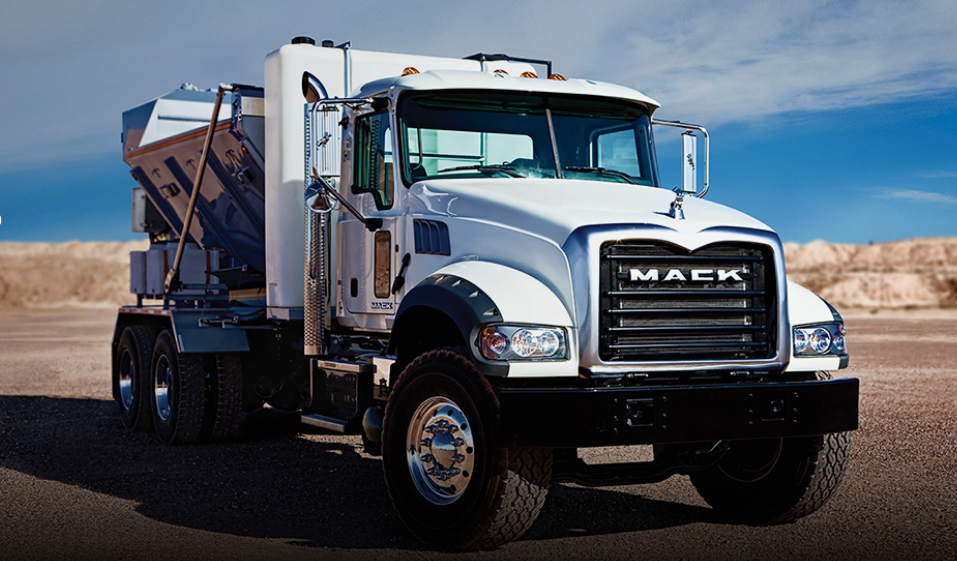 Pennsylvania based Mack Defense has partnered with the U.S. Army to provide  up to 683 armor-capable or armored 20-ton dump trucks. The contract, a 7-year, firm-fixed-price deal valued at up to $296.4 million is one of the largest in Mack Defense’s history.

The trucks, which the Amy call the M917A3 Heavy Dump Truck, is based on the civilian “Granite” series, but the mil-spec truck was designed to meet specific criteria set forth by the Army when the bidding process began over a year ago. The Army needed a load capacity of 22.5 tons and be capable of carrying loads such as blast rock, wet and dry sand, boulders and building materials.

Michael Clow, spokesman for the U.S. Army Program Executive Office in Warren, Michigan stated, “The new truck is intended to provide soldiers a modern, capable, commercially based platform to load, transport and dump payloads at engineering and construction sites, under diverse operational and climatic conditions.”

One of the unique features of the M917A3 is it’s crew-cab configuration and swappable underbody armor protection. The removable armor means the truck can be configured to be lighter and more efficient for low-risk missions or fitted with armor plating to offer more occupant protection from mines or IED’s (Improvised Explosive Devices) on an as-needed basis. The truck the M917A3 replaces is the M917, built by AM General. Some of the current trucks in service have been in service for over 20 years.

While actual number of vehicles produced has yet to be determined, an initial run of five Production Verification Test (PVT) trucks will be delivered to the Army for testing and evaluation. These test trucks, as well as the remainder of the order will be built at Mack Defenses’ Lower Macungi plant. The facility currently employs over 2,400 people. When asked if this order will grow the workforce at this plant, Mack spokeswoman Kim Pupillo said,  “Employment is based on market demand, so we will continue to monitor the market.”

Mack Defense, LLC is a subsidiary of Mack Trucks, Inc, founded in 1900 in New York City and is currently headquartered in Greensboro, North Carolina.