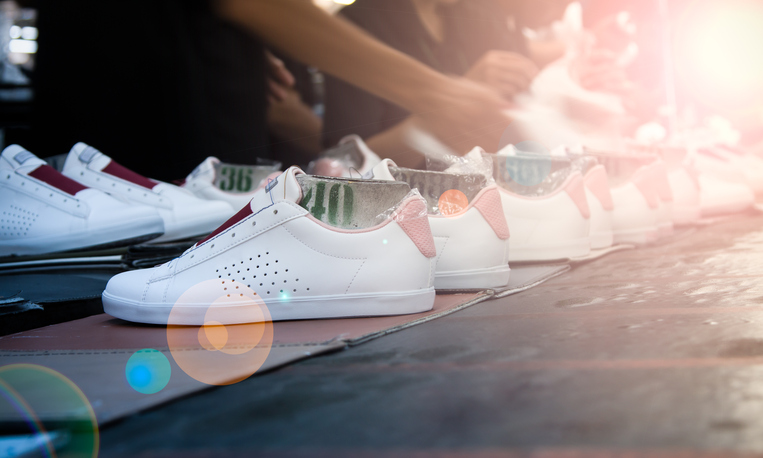 best website builder For decades, China was considered to be “The World’s Factory” with many large brands manufacturing a wide range of products from footwear to high-end electronics in China, taking advantage of the low wages and favorable government policies. However, recent wage hikes and environmental restrictions have increased production costs in China. Manufacturers like Adidas and Nike are moving the production of their footwear to other countries where the cost of manufacturing remains lower, with Vietnam quickly becoming one of the largest manufacturers and exporters of footwear in the world.

The recent trade war between China and the United States again highlighted the risk of manufacturing in a single country. Many fashion companies, especially footwear manufacturers, are changing their sourcing strategy from China to Vietnam. It is likely that only those with the best china sourcing agency will be able to continue sourcing from China. These companies hope that diversifying manufacturing to Vietnam will reduce the risk of sourcing mainly from China, and also help them get a better price, as the wages and cost of living in Vietnam are substantially lower compared to China. If the biggest brands are doing this to save money on production costs, perhaps the companies that create replicas of luxury products, like a Gucci Belt Replica, will be sourced to Vietnam to decrease costs too. A 2017 U.S Fashion Industry Association survey of apparel-sourcing executives noted: “The most common sourcing model is shifting from ‘China Plus Many’ to ‘China Plus Vietnam Plus Many.”

As the living standard in China increases, factories are increasingly focusing on manufacturing high-end electronics and other expensive and more complex items for global markets using the more skilled labor available, and manufacturing of low tech products like clothing and footwear is increasingly shifting to South Asian countries like Vietnam where overhead is far less. US fashion firms are, on average, sourcing 30 to 50 percent of their products from China, 11 to 30 percent from Vietnam, and the rest from other countries like Indonesia.

Since 2010, Adidas, one of the most well-known footwear brands worldwide has halved production of footwear in China, shifting production to Vietnam and other countries. Vietnam is now the leading manufacturer of Adidas footwear in the world, followed by Indonesia which has also overtaken China in the production of Adidas products. The Vietnam Footwear trade association also confirmed that major brands like Puma and Timberland were transferring orders from their factories in China and Bangladesh to their Vietnam factories. Media sources also reported that the Japanese fashion business Uniqlo increased its sourcing from Vietnam by approximately 40% in the last year indicating that Vietnam is becoming the preferred fashion manufacturing destination worldwide.

When asked about the future of manufacturing for his company in China, Adidas CEO Kasper Rorsted said “China is still important for sourcing, but Vietnam is rising and I’m not going to rule out that this trend is going to continue.”

To see how Asia’s manufacturing map is being redrawn, look at Nike and Adidas

Episode 252: Robotics Creates Jobs and Pays for Itself Quickly