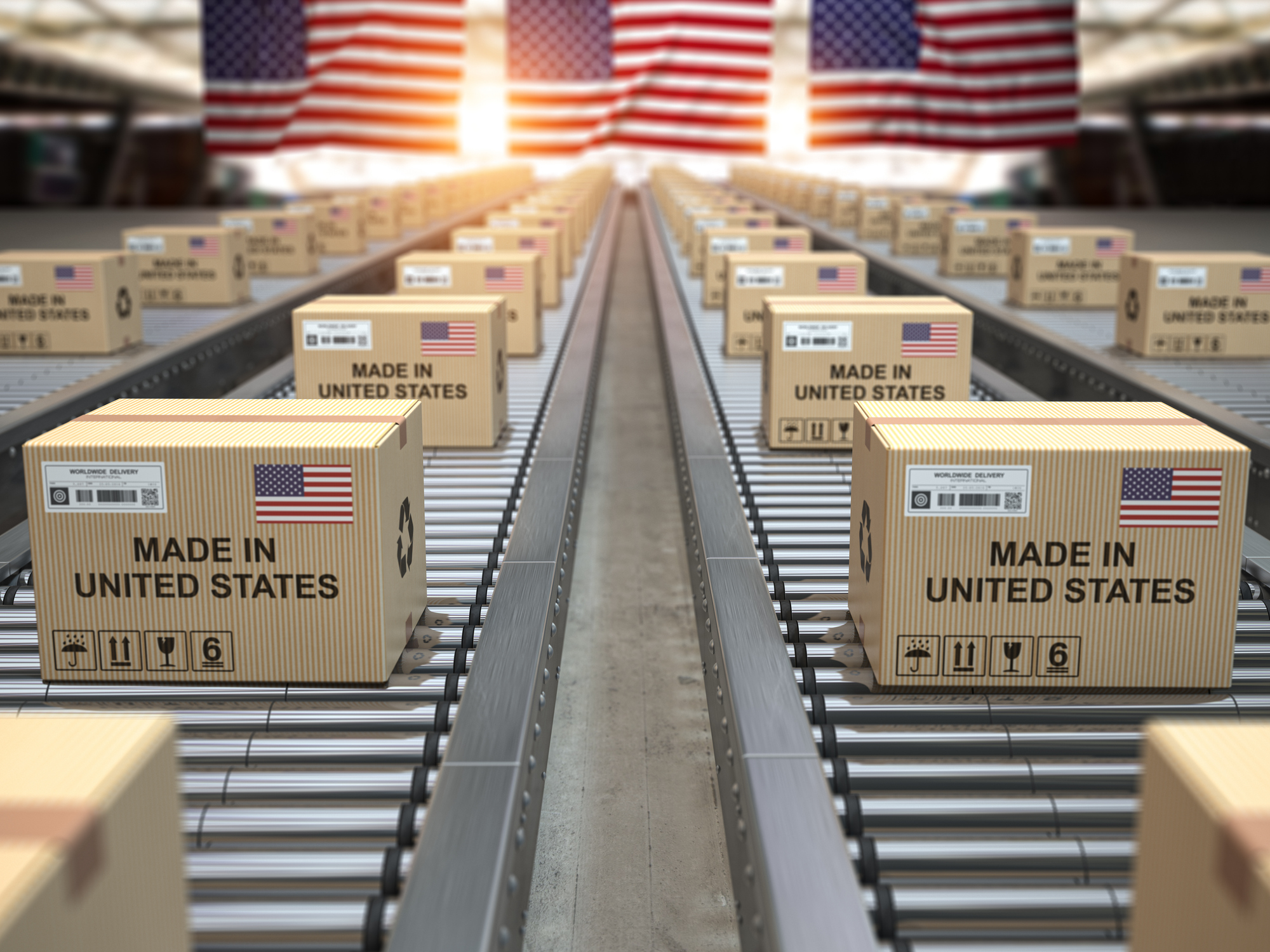 THE RESULTS ARE IN – Americans say they prefer products that are Made in the USA and they are willing to pay up to 20% more for them. The Reshoring Institute recently surveyed nearly 500 Americans across the country and asked if they prefer to buy products that are labeled “Made in the USA.” Would they be willing to pay more for these items? Nearly 70% of the respondents said they prefer American-made products. Slightly more than 83% said they would pay up to 20% more for products made domestically.

Our quick survey validated what we have been hearing anecdotally from consumers and manufacturers everywhere. The strong preference for American-made products has been a growing trend over the past several years. Respondents to the survey were both consumers and industrial buyers.

Perception of Better Quality
We also asked a series of questions about the perceived quality of products Made in the USA. Over 46% of respondents believe that products manufactured in America are better quality than those manufactured in other countries. In our survey, there was no evidence offered that American-made products are better – it was simply a perception.

Reshoring Over Time
In the late 1990s and early 2000s companies sought cheaper labor in other countries such as China, Mexico, and Taiwan. Products made in China and sold in the U.S. grew particularly fast after China joined the World Trade Organization (WTO) in 2001, and markets were opened for U.S. manufacturers to sell into China and for Chinese manufacturers to sell in the U.S. In addition, the low-cost production environment and the rapid industrialization of China made it an attractive destination for American manufacturers seeking low-cost sourcing and manufacturing.

In parallel, American’s voracious appetite for low-cost goods and consumerism accelerated manufacturers seeking low-cost production to move offshore. As China’s manufacturing sophistication and capability expanded, so did offshoring trends in America. During the presidential election of 2012, both Obama and Romney were criticizing China for stealing U.S. jobs, subsidizing their industries, and currency manipulation. This sparked the start of the reshoring movement in America. Today, reshoring has become part of many businesses’ strategic plans.

What the Data Suggests
What our data suggests is that there exists a belief that products Made in the USA are better. Our data results were consistent with the data collected from a Consumer Reports survey from a few years ago. Americans consistently prefer “Made in the USA” products over imported products from another country.

What does this mean for companies looking to Reshore to the U.S.? U.S. consumers look for, appreciate, and buy products that are made in the USA. In addition, American consumers are willing to pay more for products made here. Manufacturers should take note.

You can find the full results here:

Made in USA Survey

About the Author
Ms. Coates is the Executive Director of the Reshoring Institute and the President of Blue Silk Consulting, a Global Supply Chain consulting firm. She is a best-selling author of: 42 Rules for Sourcing and Manufacturing in China and Legal Blacksmith – How to Avoid and Defend Supply Chain Disputes Ms. Coates lives in Silicon Valley and has worked with over 80 clients worldwide. She is also an Expert Witness for legal cases involving global supply chain matters. She is passionate about Reshoring.

Manufacturing Outlook is a monthly eZine that delivers the latest industry news, statistics and reports. Activate your FREE subscription today and you’ll receive a new issue every month!

In this month’s issue:

3D Printing: A Proven Step Forward Even In A Time Of Uncertainty, Educating Manufacturers About Push Marketing In The COVID Era, 42% Of SMB’s Risk Failing In Q4 2020, The ISM Manufacturing Report On Business, The Cass Transportation Index, The Credit Manager’s Outlook, Automotive Outlook and much more!

Visit manufacturingoutlook.com or click the banner above for your free subscription today.

We respect your privacy and will never sell or share your personal information with any third party.