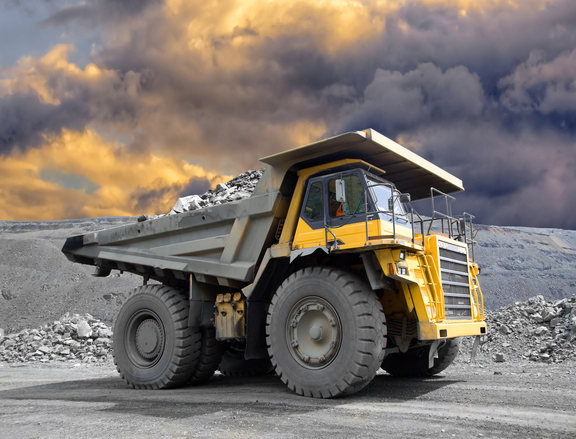 best website builder Self-driving trucks may be a new concept on the roads in the United States but this technology is already revolutionizing the mining industry in Australia. One mining company has broken the mold, making use of autonomous hauling vehicles to improve their operation.

Rio Tinto has 73 of these incredible and innovative vehicles. Hauling iron ore for 24 hours a day at four mines in the northwest corner of Australia, they’re transforming the industry. No risk of fatigue causing a tragic accident or lapse in productivity, the advantages are plentiful.

Beyond their autonomous hauling vehicles, they’re also working on creating an entirely autonomous supply chain. At a location known as West Angelas, the self-driving vehicles work alongside robotic rock drilling rigs. Rio Tinto is currently working on upgrading the locomotives that trek raw material hundreds of miles to port with the hopes of having them be able to drive themselves. Not only will these aspects of their supply chain be automated, they will also be able to be loaded and unloaded automatically.

A key factor which has driven Rio Tinto toward a more automated future is the diminishing costs of robotics technology paired with the increase in capabilities. Furthermore, these autonomous trucks don’t take any breaks or have to stop for shift changes. Additionally their movements are more predictable, especially when pulling up to load cargo. Software has a set way of performing an action and it is almost guaranteed they will follow the same route time and time again.

Unfortunately, eliminating the need for drivers is an obvious outcome. However, these systems will need constant updates and require the same kind of mechanical maintenance as traditional mining vehicles. There is also a need to constantly monitor the autonomous systems which opens up another avenue for employment. The teams in charge of overseeing the robots can even be employed 750 miles away from the mining operation. This greatly expands employment opportunities as more individuals have access to work, especially if a mine is located in a remote region. Just as elevator operators are no longer a staple of New York City skyscrapers because of automatic elevators, jobs have evolved along with the technology.

“The fully automated mine has long since passed the days of concept and evolved into a reality, If the industry is to survive and grow, on this planet and elsewhere, total automation of many of the processes is the way forward.” Cole Latimer wrote in Australian Mining back in 2015.

The future is now and new technologies are revolutionizing the way company’s conduct business. To see these incredible, self-driving hauling vehicles in action check the video below:

NASA: Starting the New Year with a Blast