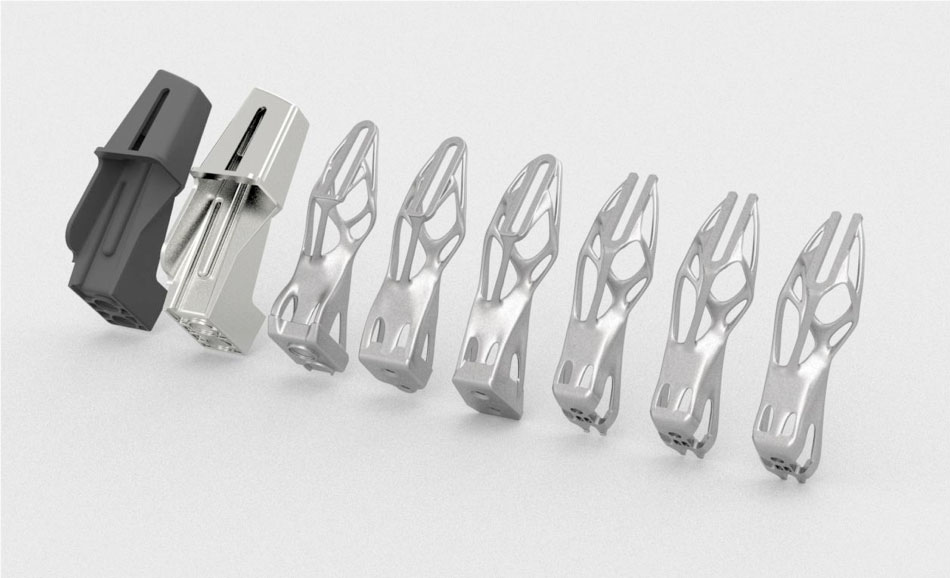 Most of us have never heard of the Altair Enlighten Awards, but if you work in the automotive engineering field, it’s kind of a big deal. Held annually to recognize the auto industry’s work in the field of light weighting, the big winner this year was GM’s truck division for cutting 450lbs from their 2019 Silverado pickups. But the buzz at this years event, held in Traverse City Michigan, was BMW’s roof bracket which took the Module category award.

The small, unassuming bracket is the culmination of 10 year’s efforts by BMW’s Head of Additive Manufacturing Maximilian Meixlsperger. It makes the soft top on the BMW i8 Roadster raise and lower and it is the first mass-produced 3D printed metal component. The bracket is 44% lighter and 10x stronger than the part it replaces but what is more remarkable is that it is also the first ever 3D printed part used in a production vehicle.

The design for the new part would have been impossible to achieve without recent advances in metal additive manufacturing. The part is required to lift, push and pull the substantial weight of the roof. The lighter design was impossible to produce using the die-cast process of the original part. With new developments in design software and metal 3D printing, Meixlsperger and his team were able to input specs such as the weight of the load and the amount of space they have, and the software will generate what is called a “load path”, which distributes the load throughout the part to allow for the least possible amount of material to be used making the part. Using traditional 3D print required too much post-print finishing to make the part cost and time-effective to produce. By refining the design and taking advantage of cutting edge materials BMW was able to mass produce the part to meet the needs of a production vehicle.

“When the judges looked at this part, we said, ‘this is the tip of the iceberg for manufacturing,’” said Richard Yen, Altair Senior Vice President for global automotive and industry and one of a team of judges for the Altair Enlighten Awards. Meixlsperger said that once the material and equipment became available, the project went from concept to a final part in only 3 months time.