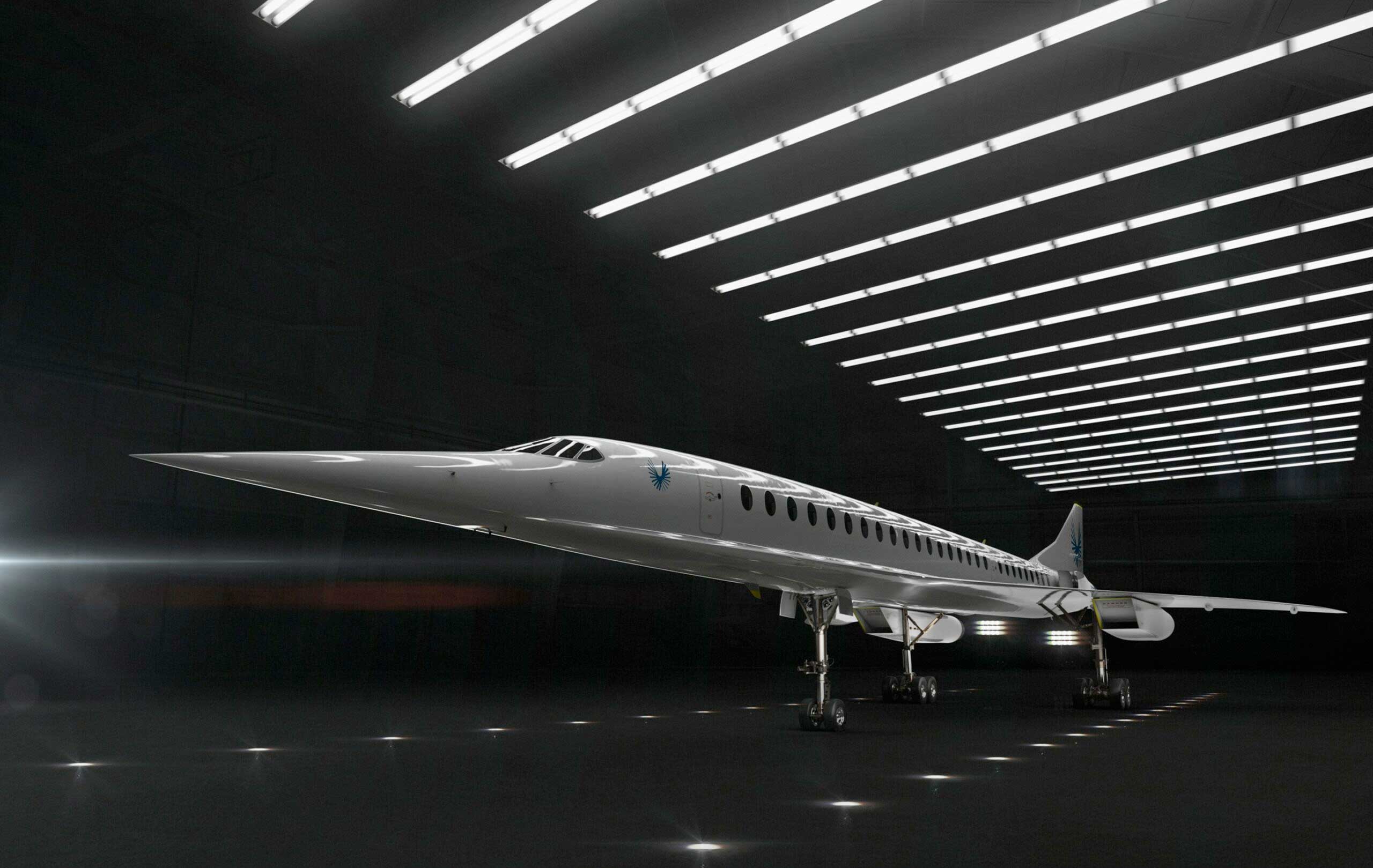 It’s been more than 15 years since the last commercial supersonic flight. The Concorde fleet of 14 aircraft ferried passengers across the Atlantic at speeds 3 times that of regular commercial aircraft. The problem was they could never make any money doing it. The big problem was fuel. Concorde burned a lot of very expensive fuel to maintain supersonic speeds. In addition to the fuel costs and passenger-limiting, sleek design of the aircraft, operators could never expand their routes to include overland flights which are banned by the FAA. The sonic boom, which is a loud, window-shattering thud created by aircraft breaking the sound barrier, was deemed too disturbing to citizens and thus supersonic flights over populated areas was prohibited.

But recent developments in supersonic technology have opened the door to supersonic flight over land here in the United States. Denver, Colorado-based Boom Supersonic is developing a commercial aircraft called Overture that will seat between 55 and 75 passengers, travel at Mach 2.2 (1,451 mph), use cheaper, alternative biofuels, and, according to Boom Supersonic, a minimal sonic boom.

According to Blake Scholl, founder and CEO of Boom Supersonic, “Overture is moving through the design phase, where its key technologies and specifications are being developed and refined. Many of the key components have already undergone several successful tests, including testing our engines with sustainable alternative fuels. Overture will begin flight testing in the mid-2020s. We’ve already executed successful engine tests using pure biofuel and are designing our aircraft to accommodate alternative fuels”.

The sonic boom problem is being solved by meeting in the middle; The FAA has reduced its restrictions on the type of sonic boom allowed over land and where these events can take place. Boom Supersonic, in accord with NASA’s X59 project, have developed supersonic aircraft with a greatly reduced boom. According to a Fact Sheet published on the FAA”s website on December 18, 2019, “There is support in Congress for the advancement of new supersonic aircraft. Section 181 of the FAA Reauthorization Act of 2018 specifies that the FAA administrator exercise leadership in the creation of federal and international policies, regulations, and standards relating to the certification and safe and efficient operation of civil supersonic aircraft.”

What this means is the FAA and Congress recognize their is a commercial need for supersonic flight and new technology has made it possible without sacrificing quality of life for those on the ground.

When you look at the numbers. It’s easy to see the allure of dramatically shortened travel times. Boom Supersonic is claiming flight time from Sydney, Australia to Los Angeles in just 6 hours and 45 minutes compared to the current travel time of 15 hours.

According to Boom Supersonic’s website, Japan Airlines and Virgin Group will be operating Overture aircraft in the near future, with 30 aircraft on pre-order between the two companies While no firm date has been set, Boom Supersonic says commercial flights will be underway in the next 5 years.

Robert Reich, Former Secretary of Labor - 5 Ways to Stop Corporations From Ruining the Future of Work