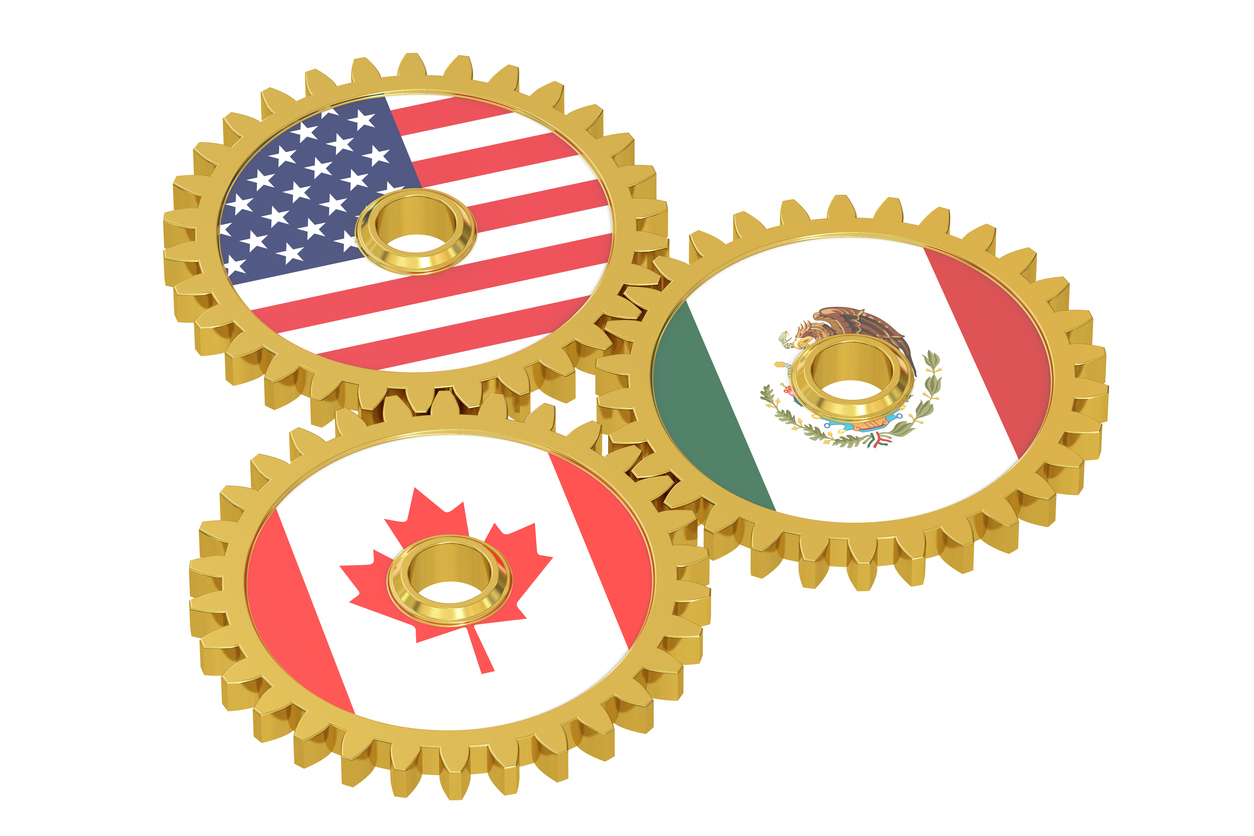 The Demise of NAFTA – Risks to U.S. Manufacturing

NAFTA has been in place for more than two decades and is generally tweaked each year, but has not had a complete overhaul since its inception. Under President Trump, NAFTA is on the operating table and the lead physician may be a quack since his initial diagnosis is that the patient will die, or should die.

The president’s America First policy may be great campaign rhetoric but a disaster in practice that will not Make America Great Again. It smacks of protectionism, a failed policy of several U.S. presidents. Killing it would likely roll back U.S. trade practices into the 1980’s between three countries that have been excellent trade partners for decades.

President Trump’s opening gambit was to state that he sees it as unlikely that Canada and Mexico will agree to the kind of ideas he has in his head about a trade deal between the parties, so it is likely that NAFTA will need to come to an end at some point. This negotiating gambit is known as ‘the takeaway’ and anyone schooled in negotiating knows that it is the last card you play, and only when all else is failing, not the first card you play.

The president contends that prior administrations have made ‘bad deals’ and allowed the U.S. to be taken advantage of, costing the U.S. millions of jobs because work went out of the country, North, South and East. This view flies in the face of certain global realities, the most significant of which is that commerce ceased being encapsulated by a country’s geographic borders since the advent of the sailing vessel to ply the world’s oceans and the Silk Road to traverse land. Chinese silk traveled the world via the Silk Road or ships; spices came from far away islands; even people have been shifting from one country or continent to another for hundreds of years seeking a better opportunity or lifestyle.

First, U.S. manufacturing is suffering from a Skills Gap where manufacturers cannot find the numbers of employees they need with sufficient skills to fill the jobs being vacated by retirees. There are several hundred thousand vacant manufacturing jobs in the U.S. right now, with potentially millions more opening up in the next 5-10 years as Baby Boomers shift from work to retirement.

The Skills Gap presents its own set of challenges. Apprenticeship programs at businesses take 2-3 years to produce a semi-skilled worker, and STEM schools are taking 4-5 years to build basic technology skill sets in students. Apprenticeship programs and STEM schools are not a quick fix and will not likely overcome the accelerating pace of job openings. Then there is the U.S. drug problem. Whether it is recreational drugs or prescribed drugs, presently 4 out of 10 job applicants cannot pass a drug test. Manufacturers cannot have employees working under the influence (WUI), especially operating machinery under the influence, any more than states can have drivers driving under the influence (DUI). Drug testing involves the evaluation of urine, blood or another type of biological sample to determine if the subject has been using the drug or drugs in question. For information on urine tests, you can learn more here about the ways in which the tests are conducted and how one is passed. One type of drug test used by employers in various sectors is hair follicle testing. For more information about hair follicle drug testing, go to this website here. This type of testing is also sometimes used as part of a pre-employment screening program in sectors such as healthcare. A hair drug test is one of a number of tests that a potential candidate will need to pass to proceed to the next stage of the job application. Despite the prevalence of these drug tests, these 7 questions about drug testing are still floating around and go unanswered for some. Moving on from drug testing leads us to another issue; parents push their children to go to college to get a good education and do better than they did. They don’t encourage their children to go to a technical or trade school to work in a grimy industry they view as ‘beneath’ their children. This is complicated by the mindset of many millennials who seem to believe that employment should be Utopian where their needs and wants are catered to, rather than the needs of the manufacturer that is providing and paying for the job.

Second, creating an environment where manufacturers have to use more U.S. employees also means higher wages that translate into higher costs going into the production of parts or products. Manufacturers cannot always and endlessly absorb higher costs – they must pass those increases on to their customers, whether that is the next downstream manufacturer or the eventual consumer. This will make U.S. products more expensive compared to competing products in the market coming into the U.S. from overseas, with the end result that sales of U.S.-made goods would fall as consumers purchase less expensive alternatives. This would result in the decrease of revenues to manufacturers who then must find a way to trim costs. Historically, when sales fall, employers lay off employees in a downward spiral often resulting in a recession. So, using more expensive U.S. labor will not increase U.S. employment or sales of U.S. made goods. And, it may just trigger the next recession.

Third, stopping U.S. manufacturers from farming out less sophisticated manufacturing processes to lower cost labor in neighboring countries will mean pulling that work back into the U.S. – something known as reshoring – but that will not put more people to work. It will create more demand for employees that the U.S. cannot provide today, or at labor rates that make U.S. manufactured goods less competitive. Thus, to produce their products in the vacuum of skilled labor or at costs where parts and products remain competitive, manufacturers will seek another path: automation and robotics.

Large industrial robots used to operate inside cages where sparks were flying and their movements were swift and dangerous. While those robots still exist, newer robots can operate side-by-side with employees and present little danger to their coworkers. They also work 24/7/365 at a cost as low as $6.00 an hour for a $50,000 configuration, a price point available in the market. Other technology, such as automated trucks in warehouses, remove the need for forklift drivers in an industry that sees one death a week from mishandled pallets or loads that shift unexpectedly. In addition, machine-to-machine automation is accelerating. For example, metal laser cut parts can be rapidly produced from sheet metal and delivered to workstations within a plant without anyone operating laser cutters, filling buckets to deliver parts to the next station, or handling waste. As a direct result of automation, manufacturing productivity has risen steadily and rapidly in every developed country that has adopted it.

Fourth, established global supply chains for raw materials and component parts will have to be reworked, creating additional costs for manufacturers to shift labor, production, sources of supply, software configurations, business relationships – a whole host of costs to reinvent the wheel because the Art of the Deal author can’t make a good deal for America’s future.

Fifth, according to a report from the U.S Department of Commerce, they report, and we quote from their Executive Summary of “NAFTA Triumphant: Assessing Two Decades of Gains in Trade, Growth and Jobs” issued Tuesday, October 27, 2015 located online at https://www.uschamber.com/report/nafta-triumphant-assessing-two-decades-gains-trade-growth-and-jobs as follows:

Failing to negotiate a new and equitable NAFTA agreement may move America closer to last than first, and employment in manufacturing will continue to fall as precipitously as it has since 1980. The solution is more manufacturers making more parts and products in a global economy with more production plants in the U.S. Otherwise, those Rust Belt facilities won’t get torn down and rebuilt as something new, they will continue to be decaying hulks, both an eyesore to communities and a black eye to Midwest voters who may cast their ballots differently in 2020.