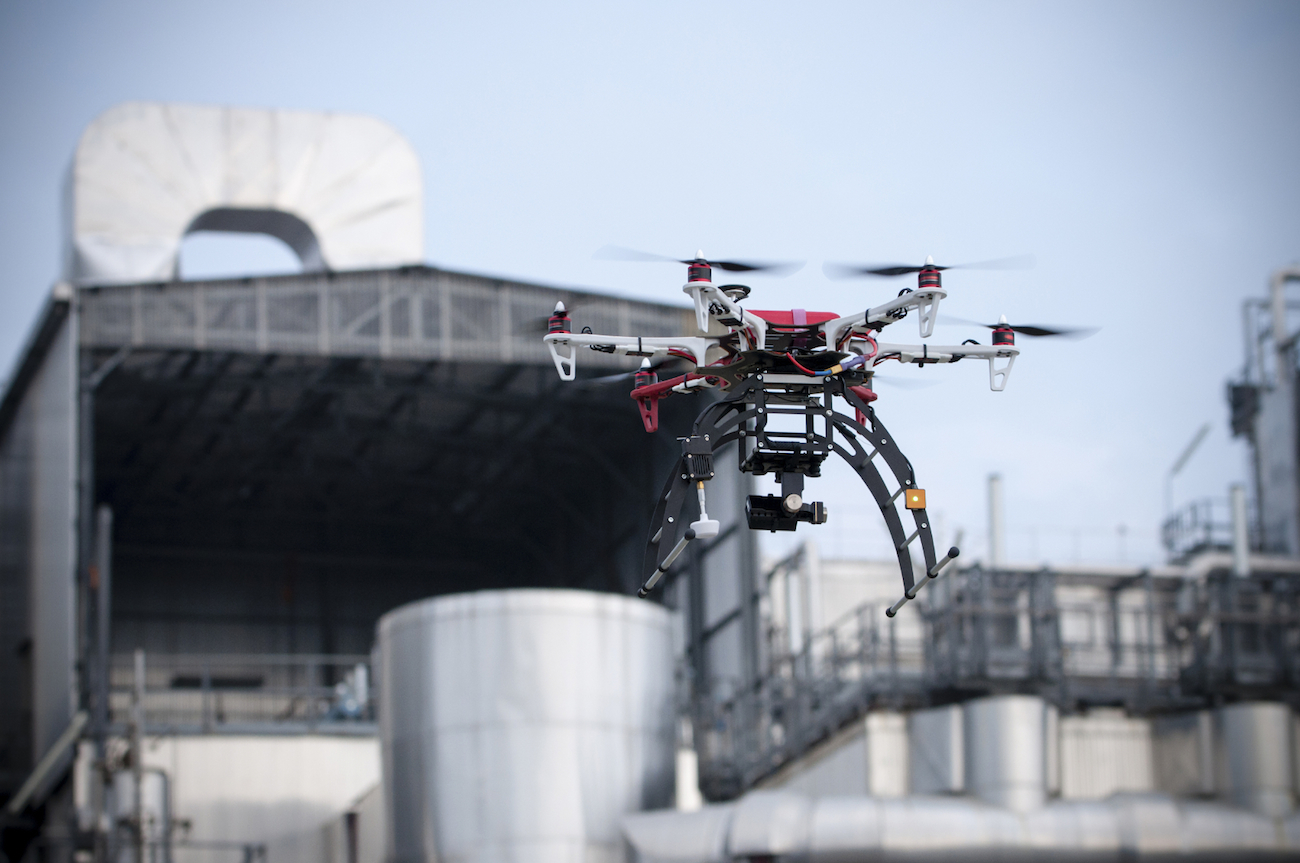 The commercial drone industry has been having trouble getting off the ground in the USA. While non-commercial usage, such as the activities described at dronesuavreport.com are largely unregulated, when it comes to commercial usage there are strict regulations from the FAA; commercial industries are not able to take full advantage of drone technology. As of now, drone operators in the U.S must have the drone in line of sight at all times with no assistance from GPS or cameras. This hinders the effectiveness of this kind of technology because many drones are able to be flown using GPS guidance and an operator is able to control the drones from the comfort of their couch. However, in the UK, drone businesses offering Aerial Mapping Services are flourishing.

Many other countries have already seen the advantage of regulating the commercial drone sector. Their regulations do not impede growth of the emerging industry but instead support the technology. In Europe, many companies have already started using drones to assist business operations, this includes the mining sector. The use of autonomous drones for mining exploration is an application that would greatly benefit the manufacturing industry in particular. These drones will be able to asses mine conditions without the need to put an individual at risk. These kinds of applications are not yet being utilized by US companies because of the need to stay in constant line of site of the drone.

The European equivalent to the FAA, EASA(European Aviation Safety Agency) sees the potential of drone technology and has set fair regularizations in order to support the commercial drone industry. The EASA has categorized drones to help better regulate operations for commercial uses. There is a low risk category which include model planes and other low-energy drones which do not require a license to operate. The higher powered and heavier drones are categorized as regular aircraft and need to abide by the regulations set in place by EASA’s new commercial drone regulation document: Vision 20/20.

Estimates about the commercial drone industry are impressive with an estimated $90 billion in revenue throughout the next five years and an impressive 30 thousand drones will be flying through the sky in 2020. Europe has been turning out some of the most advanced drone systems and with new technology the drones have been becoming safer for the population and also becoming easier to operate. Many countries throughout Europe have benefited greatly from the implementation of drones throughout commercial industries. With the high potential of revenue and increased efficiency of operations it would be beneficial for the USA to set regulations for commercial use.

http://techcrunch.com/2015/04/25/what-the-u-s-can-learn-from-europes-growing-commercial-drone-industry/
Drones are an auspicious future technology that can service a vast number of professional industries. Businesses around the world are discovering the great benefits that drones can provide. However there is a notable difference in the economic growth of the drone industry in Europe compared to the rest of the world. For example, in Europe, the number of companies deploying drones for commercial use has risen significantly in the past three to four years. UAVs are becoming a business sector with the greatest potential. So what can the U.S. learn from Europe’s growing commercial drone industry? In recent years, Europe has experienced an increase in the amount of new businesses utilizing drones to provide either B2C or B2B services for countless industries. In France alone, the number of approved drone operators has increased from 86 in 2012 to 431 in 2014. Currently, Europe has over 1,000 operators. The European drone industry is not only thriving simply because of the great technology behind the UAVs, but because the EASA is encouraging and creating new categories, as well as rules and regulations to help this market reach its greatest potential. The European Aviation Safety Agency vs. FAA When the leaked FAA documents displayed a level of understanding of the benefits and support of commercialized drones that came as no surprise. But the pace at which these rules will take into effect is simply staggering. The FAA’s current integration roadmap provides insight as to when commercial drone use will be approved. So while this is great progress, it’s also very slow progress. Currently there are only a few businesses that can utilize drones commercially, notably Amazon and CNN. In the U.S., civilian UAVs that are cleared to fly must be flown within the line of sight, away from areas such as airports and nature reserves and up to an altitude of 150 meters and with a weight maximum of 55 pounds. UAV operators need to be able to see the drone personally without any assistance from a GPS or geo-referencing tool and need to acquire a license in order to operate. For example, a person who wants to fly a drone for recreational purposes has no real restrictions on utility, but a person and or company using drones for business-related purposes would require an operational license that can over time accrue cost. The European Aviation Safety Agency (EASA) recently published its Vision 20/20, which serves as an overall inclusive proposal for the future of the aviation regulatory system, similar to the FAA integration roadmap. The EASA also proposes three new categories of drones that help to better regulate UAVs which are now used in industries such as filming, farming and parcel deliveries. UAVs under the lowest “risk category” would include low-energy aircraft, including model planes, and would not require any license, unlike the FAA. Requirements proposed by the EASA for commercial operations are a lot more lenient than the regulations proposed by the FAA; for example the EASA would not require a license for commercial usage. Business Is Booming According to the Drone Project, the drone industry will generate an economic growth of $90 billion in the next five years, and 30K drones will soar in the sky by 2020. However, Germany alone, from 2012 to 2013, has experienced an increase in drone use, almost 5x greater than predicted. Unique drone companies in Europe help make the industry such an exciting and flourishing market. Companies like Delair-Tech create small, long-range drones capable of providing pipeline surveillance. They offer long-range drone solutions and unique image-processing techniques to help companies make better decisions by incorporating automated algorithms and drone-acquired data. Their DT18 was the first and only UAV in the world certified for “beyond visual line of sight” (BVLOS) operations. Another great example of an exciting drone company is Danish Aviation System. Danish Aviation Systems are dedicated to cutting-edge drone solutions. They’re experts in drones for agriculture, land surveying, mining and research. Europe is producing some of the most technologically advance drones globally, and drones are estimated to be 10 percent of the European aviation market ($15 billion euros) by 2025 as well as create 150K jobs by 2050.
http://theweek.com

LISBON, Portugal — While the United States grapples with the effectiveness and morality of military drone strikes, Europe is seeking to reap the benefits of bringing the remotely piloted aircraft into civilian life.

Authorities on this side of the Atlantic are hoping to harness drone technology to help farmers mind their flocks, engineers maintain pipelines and power cables, and delivery services send parcels faster and cheaper.

“Europe needs to be ambitious and embrace drones as an essential part of the future of flying,” says Violeta Bulc, the European Union’s transport commissioner.

“Drones are already flying, and the market is pushing for more,” she told a recent aviation conference. “We need to create the right environment for them to flourish.” People are often searching to find the best drones for sale, and there are plenty on the market at the minute!

Europe’s market is now governed by a patchwork of national regulations.

Spain last year banned commercial drone flights despite an outcry from its tech and film industries. France, Italy, and others take a more liberal approach. Now, the EU is working to introduce common rules that would address privacy and safety issues, while allowing commercial drones to operate around the 28-nation bloc.

In March, national governments, civil aviation agencies, and industry representatives met in Riga, Latvia, to map the way ahead. They agreed to draw up regulations by December “to allow businesses to provide drone services everywhere in Europe as from 2016.”

The drone industry in the United States says it loses around $27 million a day due to rules that effectively ban commercial flights by unmanned aircraft systems (unless they get special authorization from the Federal Aviation Authority).

As it struggles to inject new life into an economy struggling to recover from the eurozone debt crisis, Europe sees clear advantages in drone investments.

The EU estimates civil unmanned flight could generate $17 billion a year by 2020, and the aerospace industry says building and operating drones will create 150,000 jobs in Europe by 2050.

Some aren’t waiting that long. In Italy alone, 85 schools have been authorized to teach drone piloting in the past year, according to the country’s civil aviation agency.

France, which became one of the first countries to regularize commercial drone flights in 2012, now has more than 1,200 operators.

Bordeaux wine producers operate drones to monitor the quality of grapes and rapidly detect signs of disease on the vines.

French energy giant GDF-Suez has started to use surveillance drones to check for potentially damaging construction work close to its network of almost 20,000 miles of underground pipeline.

Companies like Amazon, Google, and DHL are preparing to start commercial services using remotely piloted planes, but Europeans are likely to get their goodies dropped in the backyard by miniature helicopters before Americans.

Amazon said that American legislation prevents it from even test-flying its delivery drones in the United States. So it shifted its experimental work to Canada.

Europe hopes its incoming legislation will encourage more such initiatives to keep it at the forefront of a fast expanding market, even as officials insist new EU-wide standards will take full account of the privacy, safety, and security questions.

The European Aviation Safety Agency has put forward a “concept of operations for drones” that could form the basis of the legislation due to be adopted by the end of this year.

It proposes placing drones in three categories, ranging from the most simple that require no specific authorization — provided they are not flown in risky areas, such as over crowds or near airports — to more complex drones requiring a risk assessment and government clearance, and a highest category that would be treated like traditional manned aircraft.

“We have quite an open approach,” Ilias Maragakis, an EASA spokesman, said from the agency’s headquarters in Cologne, Germany.

“Our priority is not just to develop regulations, but to make sure the regulations do not strangle this new and upcoming industry,” he told GlobalPost. “Always keeping safety in mind, but creating a fertile field for this industry to grow.”

Civilian deaths from U.S. drone strikes in Yemen, Pakistan, and Afghanistan, and recent terrorist fears after mysterious drones appeared over sensitive sites in Paris have given unmanned planes a sinister reputation. The European industry however is stressing the aircraft’s good-guy applications.

Relief organizations have been using drones to survey damage and search for survivors in the wake of the Nepal earthquake — although the government announced restrictions recently over fears they were revealing sensitive information.

A Malta-based humanitarian group says its two drones have helped locate and rescue thousands of migrants seeking to cross the Mediterranean Sea into Europe.

Researchers in Belgium and the Netherlands are testing “ambulance drones” to fly defibrillators to cardiac arrest victims, saying their speedy arrival could increase survival rates by 10.

And conservationists are using drone-borne cameras to catch poachers preying on rhinos and elephants in African game parks.