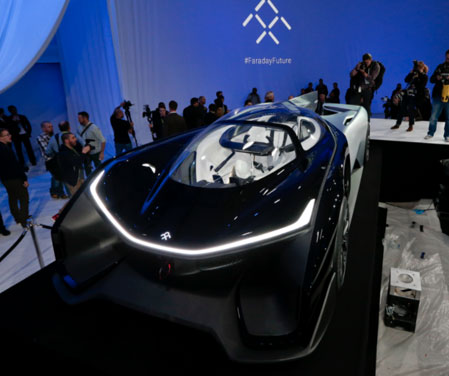 The electric vehicle automotive industry is in its infancy, ruled by auto manufacturer Tesla Motors at the moment. However, this hasn’t stopped traditional automotive manufacturers like General Motors, Volkswagen and Nissan from going after a piece of the pie. Even technology companies like Apple and Alphabet are looking to diversify and try their hand with these green vehicles. But recently there is another newcomer to the electric vehicle market and this company also brought with it a lot of skepticism.

Faraday Future is a secretive, Chinese-backed automotive startup that has plans to open up an electric vehicle manufacturing plant North of Las Vegas, Nevada. They held a groundbreaking ceremony at the future site of their automotive manufacturing facility back in April but now its plans have been put on hold. Faraday Future has halted work on the construction of its $1 billion factory in Nevada. After falling behind on payments, the company contributes these recent issues to its parent company’s financial problems.

The world knows little about Faraday and even less about their electric vehicle which they say will challenge Tesla Motors in the emerging market. Faraday has thrown out most of its projected product line and has only shown off a non-functioning prototype earlier this year. 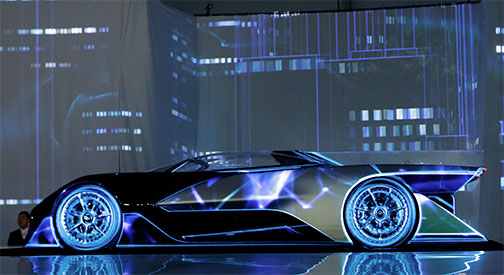 The FFZero1 by Faraday Future is displayed at CES Unveiled, a media preview event for CES International Monday, Jan. 4, 2016, in Las Vegas. The high performance electric concept car was unveiled during a news conference by Faraday Future. (AP Photo/Gregory Bull)

The company leading the construction of this massive project, AECOM made a statement to the auto blog, Jalopnik expressing that work has stopped but is expected to resume next year. “Faraday Future is temporarily adjusting their construction schedule with plans to resume in early 2017. We remain fully committed to our client and our employees working on this project, and we look forward to the facility’s successful delivery,” the statement read.

There are more companies than ever going after this emerging electric vehicle market. It seems as though these auto-manufacturers want to get their product to market before the next oil boom. As of now oil prices remain relatively low but if it were to rise in the near future, these manufacturers could see their hard work pay dividends.

We here at MFG Talk Radio have been keeping a close eye on these electric vehicle manufacturers. Find more recent developments surrounding this emerging market,

‘The Consumer Level Electric Vehicle: How Will It Impact Automotive Manufacturing?’