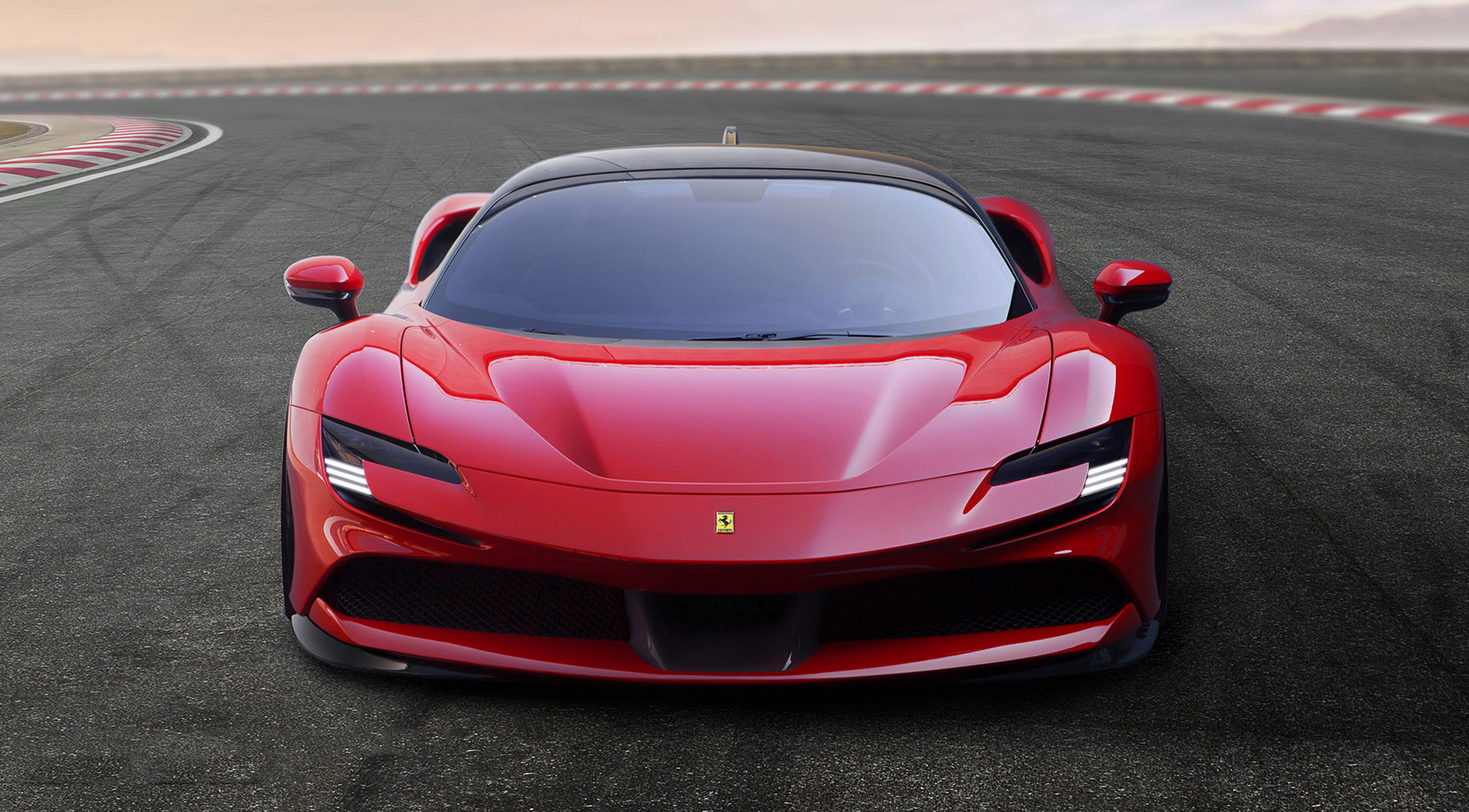 In development for a number of years, the new Ferrari is powered by a turbocharged, 90-degree, 4.0-liter dry sump V8, which is what you would expect to find in a Ferrari. What makes this car unique is the three electric motors (one powering the back wheels, two powering the front) throwing another 217 horsepower to the all-wheel drive system via an eight-speed dual-clutch transmission.

Since those electric motors and their batteries add substantial weight (595 pounds), engineers were challenged to cut weight everywhere and anywhere they could. Carbon fiber and aluminum alloys were used throughout, including a carbon fiber bulkhead between the passenger compartment and the engine bay. A new material called “Quiet Aluminum” was used throughout the chassis. This new material is designed to reduce what is known in the automotive industry as Noise, Vibration Harshness or NVH. According to manufacturer Materials Sciences Corporation, the new material is “…a Lightweight Damping Alternative to Aluminum panels that require mass intensive NVH treatments”. By using this new aluminum alloy Ferrari and other automobile manufacturers can avoid having to install additional noise and vibration dampening materials when trying to save weight. The SF90 Stradale weighs in at 3,461 pounds, which is still lighter than the Ferrari 812 Superfast which weighs in at 3,845 pounds.

No word from Ferrari on the price, but a rep from Ferrari did say the “the SF90 Stradale will be more expensive than the current F8 Tributo ($276,550), but less than the LaFerrari ($1.4 million).” So, yeah, it’s going to be expensive but Ferrari won’t say how expensive. Get your checkbooks out. Deliveries start early next year.