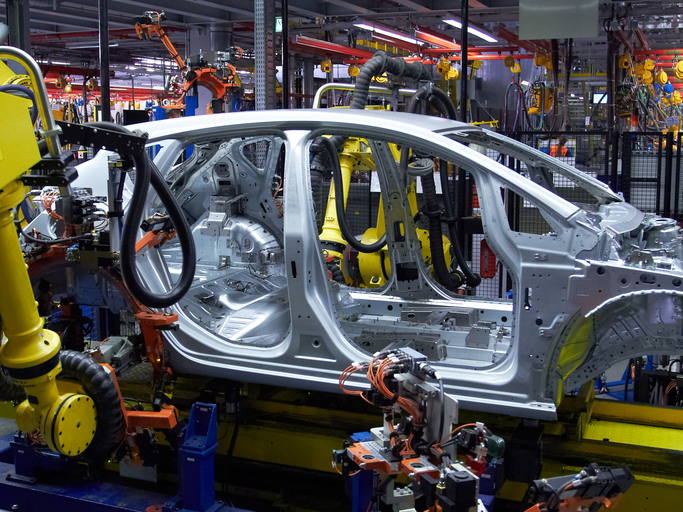 Automotive giants Ford and Volkswagen have recently offered some more insight regarding their ongoing and expanding alliance. Chief among them: an agreement to share production of up to 8 million commercial vehicles.

At a virtual Deutsche Bank conference on Wednesday, Ford President and CEO Jim Hackett claimed that the assembly of the vehicles is expected to begin early next year. It will also continue throughout the lifespan of each product, with each product anticipated to last for several years. The production volume was announced as part of the finalizing process between the two companies.

Some of the expected products include a city van designed and built by Volkswagen, along with a 1-ton cargo van engineered by Ford. There will also be a Volkswagen designed medium-sized pickup which will make use of the Ford Ranger platform.

Volkswagen CEO Herbert Diess stated that, with the ongoing COVID-19 pandemic and the associated economic impacts, “more than ever it is vital to set up resilient alliances between strong companies.” The alliance between Ford and Volkswagen will “drive down development costs, allowing broader global distribution of electric and commercial vehicles, and enhance the positions of both companies.” Commercial vehicles include those sold to governments, companies, and used for fleet operations.

Originally, the deal between Ford and Volkswagen was announced back in January of 2019. Its main purpose was to help drive billions worth of cost efficiencies between the two companies. Since then, it has been expanded upon to include additional elements, including electric vehicles. However, it remains focused on business operations outside of North America and doesn’t include any cross-ownership.

New advancements in-vehicle technology are a high priority for Ford. As part of its $11 billion restructuring plan, the company wants to use profits from its commercial vehicle sales to invest in electric and autonomous vehicles. It appears that this alliance will help with this, as Ford will be making use of Volkswagen’s MEB architecture for their planned ID.3 electric cars.

Meanwhile, Volkswagen closed a $2.6 billion investment in Agro AI last week, which Ford obtained a majority stake in back in 2017.

Episode 450: Evidence Based Ergonomics And Human Factors For Successful Solutions