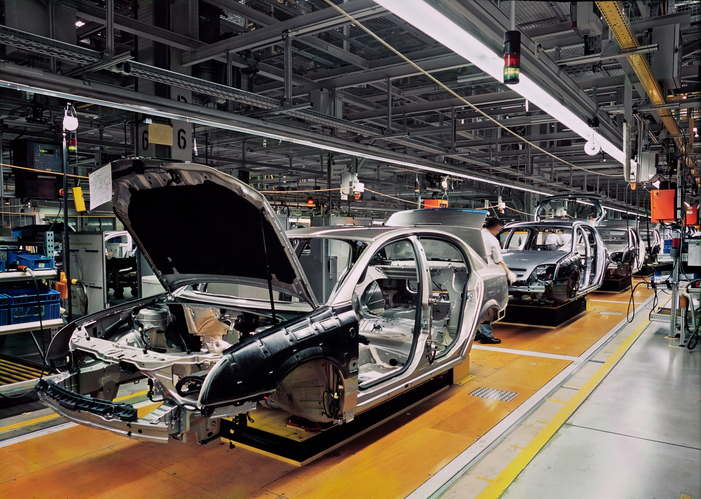 With reopening plans continuing to roll out across the U.S., many companies have begun ramping up their production levels which were cut due to COVID-19. Recent news out of the automotive industry, which was one of the hardest hit by the shutdowns, could help lead to a potentially faster turn-around than previously expected.

On Friday, Ford and Fiat Chrysler both announced that they expect to return to pre-virus production schedules at their U.S. plants starting on Monday, June 22nd. The return marks a major milestone for the industry, which is aiming to meet the rising demand for their popular pickups and SUVs.

Ford spokeswoman Kelli Felker said that the company was able to return to these production levels “sooner than expected” due to “our workforce and suppliers are able to support.” Felker also reaffirmed that “the safety of our workforce continues to be our top priority.” In response to the news, Ford shares rose around 2% on Friday morning to $6.47, while Fiat Chrysler shares rose 0.6% to $9.41.

Previously, Ford Chief Operating Officer Jim Farley stated that the company’s goal was to reach pre-pandemic levels of production in North American by July 6th. While the American plants are close to getting back on schedule, the company’s two plants in Mexico are still in their readjusting phase. Originally, both American and Mexican plants were to restart production at the same time, but new orders from Mexican health officials led to a delay for the Mexican-based plants.

Automakers in the U.S. closed their plants back in March, before restarting production back on May 18th. Now, just a little over a month later, it appears that they are getting back to where they had left off. As for GM, a spokesperson for the company reaffirmed their goal of returning to full production levels by the end of June at the latest.