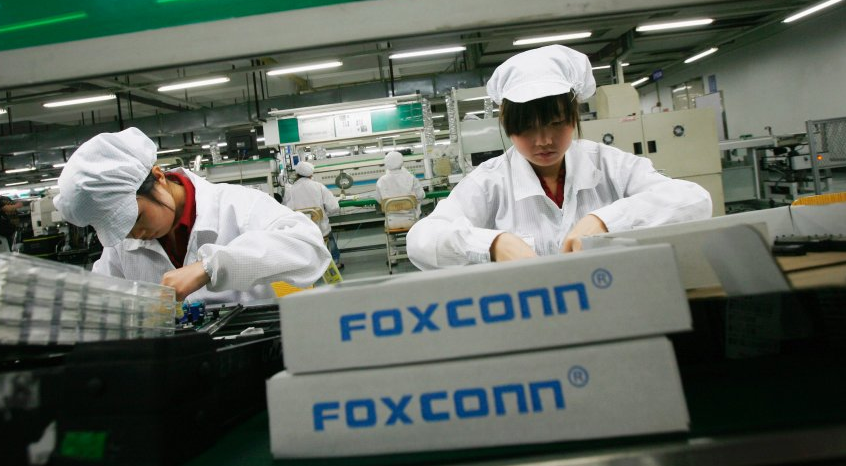 “Designed in Cupertino. Made In China”. That’s what is says on the box of every iPhone sold in the United States. For years, Chinese manufacturer Foxconn has produced version after version of the hottest selling smartphone in the world. The question on everyone’s mind lately has been what Apple and Foxconn will do if a 25% tariff is levied on the popular device. Would Apple just absorb the cost (and the dip in their stock) as it has done with a number of its accessories?

Foxconn this week answered that question. A senior Foxconn exec speaking at an investor briefing this week indicated that they have enough capacity outside of China to move production of all US-bound devices to avoid the looming tariffs. Foxconn board nominee and semiconductor division chief Young Liu told an investor briefing in Taipei on Tuesday “Twenty-five percent of our production capacity is outside of China and we can help Apple respond to its needs in the U.S. market. We have enough capacity to meet Apple’s demand.”

Other Apple contractors have already seen the writing on the wall. Pegatron, who manufactures MacBooks and iPads for Apple has already moved some of their production to India, Indonesia and Vietnam. Foxconn has scaled up iPhone production in India recently but claims those devices are destined for the local Indian market and are not U.S. market devices.

The U.S. market accounts for 25% of every iPhone sold globally. It is estimated that Apple would need at least 2 large manufacturing facilities outside of China to meet Apple’s demand. By switching priorities to building the iPhone, these facilities would need to side orders for other manufacturers or move that production to the China facilities to avoid idling the plants in China.

While Apple has not ordered Foxconn to move production out of China just yet, the announcement that it could do so is clearly designed to avoid another stock drop as investors run for cover amidst the tariff fallout. Apple’s shares rose 1% to $194.99 on the heels of the announcement on Tuesday that China was not the only option for iPhone manufacturing overseas.