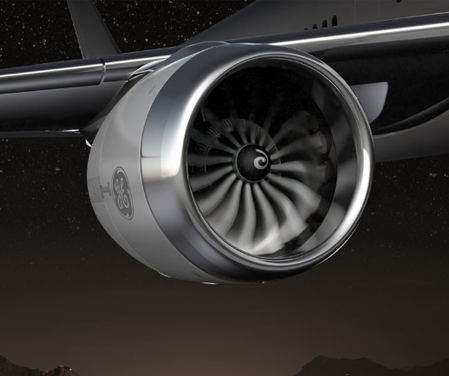 General Electric Continues To Push The Limits of Additive Manufacturing

From jet engines to entire vehicles, 3D printing is taking the manufacturing industry by storm. Manufacturers are realizing the potential of this incredible technology at an unprecedented rate and as the technology continues to advance, it has become more capable than ever. GE is one of these manufacturers that is continuously pushing the boundaries of what was first believed to be possible and it is beginning to show in how they think about designing their new products.

GE Aviation has just completed their ground tests of the GE9X, the largest jet engine ever manufactured. It was designed for Boeing’s new 777x passenger jet and can produce more than 100,000 pounds of thrust. “There were no major surprises, which is a very big statement, given the amount of new technology in this engine.  We want to make a few tweaks here and there, but that is why we ran this engine early – to give us time to further enhance the product,” said Chuck Jackson, GE9X program leader. bit.ly/2eZWuS9

Some of the new technology Mr. Jackson was speaking about includes sensors, new thermal and mechanical characteristics, and of course, 3D printed components. The engine’s fuel nozzles were made using additive manufacturing. This process offered engineers the freedom to design complex internal shapes that were impossible to create before this technology was readily available to the industrial manufacturer. The complex internal shapes allows the engine to reduce its fuel consumption and also helps cut down on the amount of materials it takes to manufacturer these fuel nozzles. Without additive manufacturing, this impressive engine may not have delivered the fuel efficiency GE promised to Boeing.

GE is also looking to expand their 3D printing capabilities and that can be seen from their increased interest in purchasing additive manufacturing firms. A recent bid to buy out SLM Solutions failed and they almost immediately focused their attention on the German 3D Printing firm, Concept Laser. General Electric agreed to buy Concept Laser for $599 million. GE will initially own 75% of Concept Laser and their agreement states that they will take full ownership after a number of years.

Take a look at the video below to find out more about the GE9X. It’s massive size is impressive, but the what is truly extraordinary is how additive manufacturing played a critical role in its development.

Robotics and Industrial Businesses: Where They Make a Difference