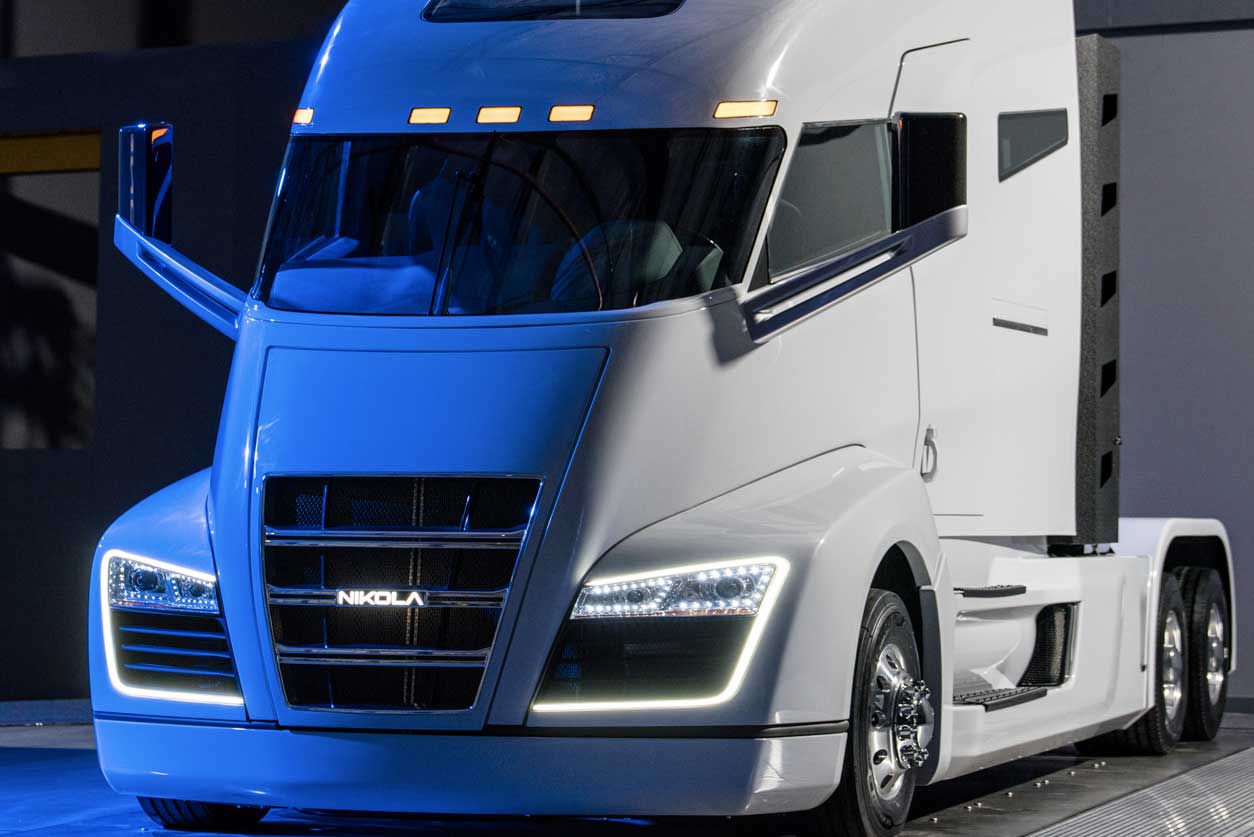 Hydrogen-powered truck manufacturer Nikola has purchased 389 acres of land in Pinal County, Arizona to build a factory to manufacture their hybrid, hydrogen-electric powered Class 8 trucks. A Class 8 truck is defined as having a gross vehicle weight rating (GVWR) exceeding 33000 lbs. such as tractor trailers.

Founded in 2014 in Salt Lake City, Utah and based in Phoenix, Arizona, Nikola manufacturers hybrid-powered and all-electric vehicles including over the road trucks, ATV’s and personal watercraft. Nikola is currently offering 3 over the road trucks – the Nikola One and the Nikola Two which are destined for the U.S. market and the Nikola Tre for the European, Asian and Australian markets. All 3 are powered by hydrogen fuel cells with plans for all-electric versions as well.

The newly purchased land will be used to manufacture 2 of their 3 trucks the Nikola One and Nikola Two. “We are excited to have Pinal County and the City of Coolidge as the future home of our manufacturing facility. Both the county and the city have been extremely helpful as we work to make this project happen. We are also grateful to Saint Holdings for its support of our vision on this groundbreaking endeavor,” said Britton Worthen, Nikola’s chief legal officer. Saint Holding is the real estate investment and development firm that partnered with Nikola on the project.

Nikola raised $205 million in Series C funding back in November of 2018. At the time CEO Trevor Milton indicated that the new funding would be used to build a new factory to produce the Nikola One and Nikola Two. At the time, Milton also stated that the company would seek an additional $1 billion in Q1 of 2019 to further develop manufacturing.

The company stated prototypes of the Nikola One and Two will be ready for commercial evaluation next year and that a full production run will being in early 2022. The factory’s initial production capacity is said to be around 35,000 trucks annually. With 14,000 units on pre-order Nikola is confident the trucking industry has accepted their hydrogen-powered trucks.

The company estimates the new factory will being over 2,000 jobs to the are with at least as many jobs created by suppliers and subcontractors in the coming years.