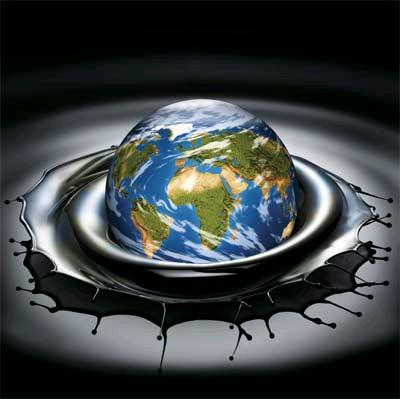 Russia and three OPEC members are in the beginning stages of discussing a deal to freeze oil production at January levels to help stabilize the volatile energy market. Russia, a non-OPEC member, and Saudi Arabia, Qatar, and Venezuela, are all included in these discussions. The announcement of the potential agreement between a non-OPEC member and three large OPEC members prompted a surge in oil prices today (2/16/2016) as crude hit $35.50 a barrel. However as details of the plan surfaced, uncertainty about the validity of the deal pulled prices back down to around $34 a barrel.

The uncertainty stems from the doubts that freezing production at record-breaking levels won’t be the solution the global economy is looking for. A reduction in crude production will be the most direct way to help stabilize crude prices, but this deal doesn’t come without any benefits.

This is the first time OPEC members and a non-OPEC country have cooperated in 15 years, and Saudi Arabia, the head of OPEC, has stated they would be open to more discussions on the subject. Saudi Arabia continues to resist the idea of making any cuts to their output, stating that they would be giving up market share to countries like the US, unless non-OPEC members agreed to reduce supplies.

Even with some reluctance by Saudi Arabia, the fact they are willing to begin discussions to help stabilize the market is a huge step in the right direction. The country has been actively looking to increase production, and even stating that they can stand the low oil prices for a “long, long time”.  Other OPEC members that are not as financially stable as Saudi Arabia have been calling for a cap, or reduction, of crude production for months. Venezuela’s economy is largely dependent on their production of crude, but with the dramatic drop in oil prices, has done serious damage to the country’s economy.

“It is a positive step in the right direction in a transition period,” said a Persian Gulf Oil official “The main driver is prices going below $30 a barrel, which was very disturbing.” nyti.ms/1Oe9Q6N

As of now, the deal is not solidified as producers express the difficulty of the endeavor. The four countries will only commit to the agreement if other major crude exporters do the same, which will prove challenging.

Another challenge is the fact that Iran, a major oil producer, was not included in the discussions. Now that Iran’s sanctions have been lifted, they are dedicated to ramping up crude production. Also, Iraq is known to increase production even if OPEC puts forth price-stabilizing policies.

This deal could also have an impact on the current standing between Russia and Saudi Arabia.  They are on different sides of the Syrian civil war and a successful and mutually beneficial deal could help ease tensions between both nations.

If an agreement is reached between these four countries, it could have a major impact on the global economy and be the first step stabilizing the crude market. Cooperation between non-OPEC and OPEC countries is already a huge leap forward, but it is still uncertain if freezing crude production will have the lasting effect all crude exporting countries are in desperate need of.  This is just the beginning of what could be serious discussions between all OPEC and non-OPEC oil-producing nations. We will keep an eye on the latest developments surrounding this delicate situation, check back soon for more updates.