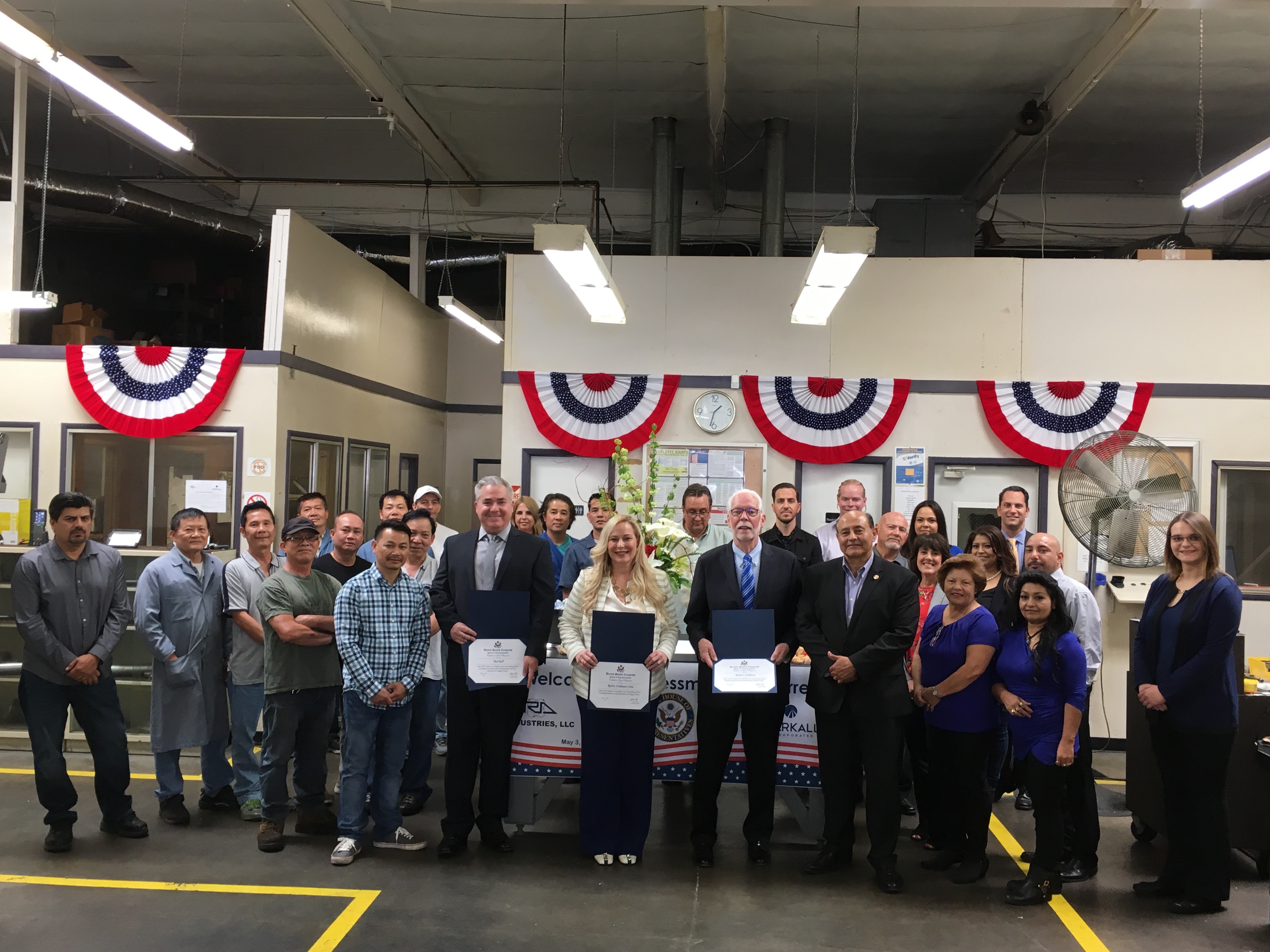 Santa Ana, Calif. – U.S. Rep. Lou Correa toured the 70,000 square-foot campus of long-time Santa Ana-based manufacturer R.A. Industries, a supplier to the oil and gas, aviation, defense, and space industries on Fri., May 3. Some of R.A. Industries’ sophisticated components can be found on the International Space Station, AIM-9 Sidewinder Air-to-Air Missile, Mars Rover, C-130 military transport, MD-80 commercial airliner, and A-10 Warthog, to name a few. Correa serves as the chairman of the House Homeland Security Subcommittee on Transportation and Maritime.

During the tour of the facility, Rep. Correa saw first-hand the components such as sonar instruments used for oil and gas exploration. Also, he viewed the electronics housing part for air-to-surface missiles and other parts for military application. While walking the facility, the congressman shed highlights on his recent trip to Asia and related his concerns of protecting American intellectual property. He talked about foreign countries alliances and named which ones are actively trying to copy American made products.

On the company’s production floor in front of its employees and Follman family members, Rep. Correa honored company Founder and Chairman Robert Follman, 75, for contributing to the Orange County manufacturing landscape and multiple vital U.S. industries. “I want to commend Robert Follman for his dedication to our local Orange County economy and for providing a workplace for skilled employees who contribute so vitally to our nation’s aviation, defense and space industries supply chain. Our national interest starts at home. We need more training for future machinists and skilled workers to achieve the American Dream,” said Rep. Correa.

In his discussion with the Follman family, Correa learned more about their third-generation of leadership at the company, spanning more than 60 years. The business heritage started with Robert Follman’s father, Adam Mathew Follman who founded a company in the 1960s, providing parts and materials to the oil and gas industry in Southern California.

R.A. Industries, LLC, founded in 1976, is a Santa Ana-based, engineering and manufacturing company specializing in complex precision components and assemblies for the oil and gas, aviation, defense, and space industries. It is a woman and minority owned/managed small business. https://ra-industries.com