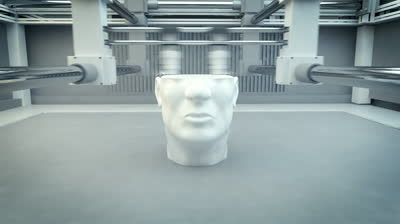 Additive manufacturing technology continues to advance at an incredible rate. Metal 3D printing is one of the most promising applications for this technology and manufacturers of all kinds are excited about the idea of printing complex components all at one time out of durable and structurally sound metal. A new method to control the properties of specific areas on a component has been developed by Taiwan Industrial Technology Research Institute, or ITRI, and could be the beginning of a revolutionary breakthrough for the entire manufacturing industry.

With “traditional” additive manufacturing (I say “traditional” because there is really nothing traditional about any form of 3d printing) all products manufactured with a metal 3D printer offer one set of mechanical properties. For example, one propeller has the same hardness, tensile strength and toughness throughout the entire part. Sometimes it’s more desirable for a part’s attributes to vary throughout different areas of the structure but metal 3D printing systems have not been able to produce structures such as this… until now.

ITRI has developed a specialized laser optical engine which they can use to control and manipulate the microstructures within the metal component. Before this new technique, post-heat treatment could be used on metal 3D printed parts but they still could not produce the desired outcome manufacturers were looking for. If you take a fan for instance, a manufacturer may want the blades to be more flexible, or even harder than the center of the component.  But because of additive manufacturing, the component would be one solid part instead of the blades and body being manufactured separately, varying the properties through the component.

Using the new laser technology developed by ITRI has solved this problem and can now change the microstructures for individual sections of metal 3D printed parts during the printing process. ITRI discovered they are able to regulate the laser optics by using a special setup they’ve created to give them the ability to manipulate the microstructures as the 3D printing process is taking place. So this gives the manufacturer the ability to use the same powder for one component, but different places throughout the component can be made harder or softer depending on what is requested by the engineer and manufacturer. They can do this by using a major beam shape to initially melt the powder and an extended beam shape that will control solidification temperatures. The process is easy when using ITRI’s printing technology because all the user needs to do is specify the parameters that will control preheating and cooling temperatures.

As additive manufacturing began to break its way out of its prototyping niche and started to be considered for the manufacture of end use components, manufacturer’s of all kinds saw the potential but were not able to fully make use of the technology because of hurtles such as this. Metal 3D printing is still relatively new but the speed at which it continues to advance shows that this technology is on its way to becoming a staple in manufacturing operations of all kinds.

Manufacturers were looking for ways to control temperature changes and crystallization characteristics since metal additive manufacturing made its debut. Now with ITRI’s new process they are able to do this in real-time which will make metal 3D printing more practical for on-demand production and even mass production in the near future. The developers also claim their Optical Engine for Material Grain Microstructure-Controlling Additive Manufacturing Technology will reduce the time it takes to print a part and will lower printing costs which was another concern manufacturers had for additive manufacturing.

This is a huge breakthrough for 3D printing technology as well as the entire manufacturing industry. It was not hard to find the potential 3d printing could have on the manufacturing industry, but now with developments like this, additive manufacturing continues to prove itself. As this technology matures, it will only be surprising if it doesn’t catch on. Manufacturers and businesses of all kinds have the opportunity to gain so much from metal 3d printing technology, especially if they have more control of microstructures, grain and temperature during the printing process.