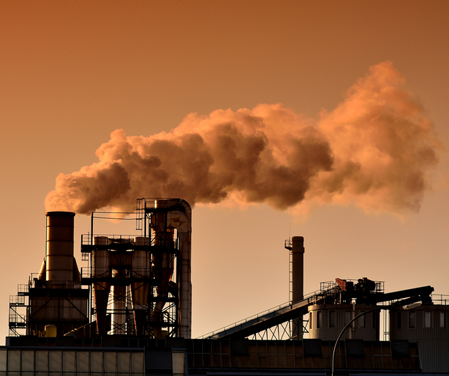 The manufacturing industry is notorious for using a great deal of energy. A primary source of all this energy comes from fossil fuels which are known to release CO2, a greenhouse gas, into our atmosphere. Manufacturers have been doing all they can to limit the release of these emissions and are constantly coming up with innovative ways to reduce their energy consumption and become as efficient as possible. A new international study has shown that all this effort may have very well attributed to new data which shows worldwide carbon dioxide emissions have remained flat for the third consecutive year.

“2016 we estimate to be flat again.  It’s definitely three years, it’s fairly flat, which is quite a contrast to a decade ago, when it was growing at about 3 percent. It’s really leveled out the last few years.” said Glen Peters, one of the contributors to this massive study which was published in the journal, Earth System Science Data. There were around 67 researchers from numerous institutions all contributing to the report.

A major factor which lead to the stable carbon emissions is a decline in emissions from China and the United States. These two countries are the largest emitters of CO2 and in both cases a significant factor was in part due to a reduction in coal burning. The United States saw an incredible decline of 2.6% in 2015 and researchers expect to see another decline of about 1.7% this year. Not all countries are on board with this new initiative to reduce carbon emissions. India saw emissions output grow by a staggering 5.2% in 2015, negating much of the impact the world saw due to the changes made by the U.S. and China.

The question remains if this stability means we are at a peak in emissions and we will soon see a global decline, or if it’s too soon to tell. “I’d certainly give it five or more years before I’d say it’s a peak, – But certainly you would say, even leveling out, like we have over the last three years, is a big surprise. If you’d stood back three years ago, we wouldn’t have been expecting this. So it’s certainly good news.” Peters said.

Manufacturers have made impressive progress in recent years, becoming much less wasteful and dramatically more energy efficient. New technologies allow businesses to keep track of every watt they use and are now able to catch potential energy leakages before they become a serious issue. New renewable incentives have offered manufacturers state-of-the-art ways to generate their own electricity while at the same time receiving tax breaks for their efforts. As manufacturers and other industries alike continue to focus on reducing waste and becoming much more efficient, this trend may continue well into the future.

FABTECH 2016: What to Expect From This Years Show