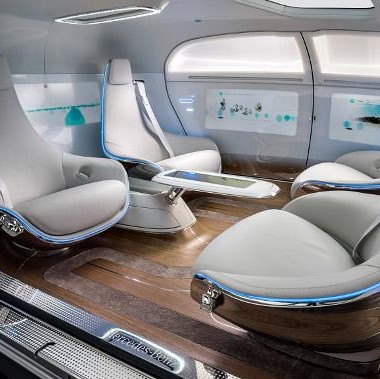 “I want the posture of our agency to be obviously vigilant on the safety front, but I don’t want our agency to be skittish about innovations that are out there,” Anthony Foxx, Transportation Secretary stated on Tuesday. This willingness to accept self-driving technology could have a huge impact on the way we look at transportation. Many consumers are excited about the possibility of being able to catch up on work or a chance to catch some sleep behind the wheel on their way to work but manufacturers are starting to see an incredible opportunity here.

Manufacturers rely heavily on trucking to transport their materials and products throughout the country. Trucking is not the safest occupation out there and one that can put a lot of stress on the driver. Especially the drivers of other vehicles who may seek legal actions after injury. The need to make a deadline can interfere with the drivers ability to catch up on sleep and can lead to fatal crashes. Fatigue is a leading cause of motor vehicle accidents especially in the trucking industry. If you have been involved in an accident then it might be worthwhile filing for a lawsuit. You can easily get yourself a lawyer (such as this Bucket Truck Accident attorney Alabama). However, hopefully there will be less accidents out in the world as self-driving trucks have the potential to drastically reduce the amount of accidents that are caused by human error and fatigue.

The reduced risk can lead to a safer highway as well as reduced shipping costs for the manufacturers that rely on trucking. A fleet of self-driving trucks could even be possible as they travel in a caravan, breaking off to reach customers all across the country. The caravan also has the potential to reduce fuel costs by breaking up wind resistance for all of the trucks in the row. Many transportation professionals and manufacturers can see the benefit self-driving technology could bring to these industries as well as keeping all pedestrians on the road safe. It seemed as though this technology would be thwarted by transportation officials but there is no denying how far the technology has come in such a short period of time. There are lots of products available that can make driving safer, such as those sold on Blackbox My Car. Buying a dash cam means that if you are in an accident, you have proof of who was at fault so it could end up saving you a lot of money.

There is still room for self-driving technology to mature before we see caravans of autonomous 18-wheelers. Security is still a big issue and it takes little effort for hackers to be able to trick the sensors of these autonomous vehicles into thinking obstacles are around them. Not only can these hackers create imaginary obstacles, they can also control these self-driving vehicles from the comfort of their own home using nothing more than a laptop.

This technology offers so many benefits for not only the public but for commercial industries as well. As the security and the accuracy of these technologies continue to advance it is only a matter of time before these autonomous vehicles are on American roads.