Manufacturing Talk Radio In The Media

Mr. Lewis Weiss is Host of Manufacturing Talk Radio and President of All Metals & Forge Group, the principal sponsor of the show. He has more than 45 years in the metals industry as a manufacturer of open die forgings and seamless rolled rings, running a business that sells millions of dollars in forged products globally to OEMs, major manufacturers, mid-size first- and second-tier suppliers, and small metalworking companies. Lewis Weiss puts his experience in manufacturing to good use as an expert consultant on various TV and radio programs nationwide.

Below are a few of his more recent radio, press and television appearances throughout the U.S. and Canada. If you are interested in inviting Mr. Weiss to appear on your program, please contact him at laweiss@mfgtalkradio.com.

Manufacturing Talk Radio in the press:

Host Lewis Weiss sat down with FF Journal Magazine for an in depth discussion on how Manufacturing Talk Radio got started and where it’s going . Click Here for a PDF of the full article. 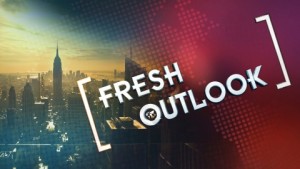 December 6th, 2015: Lewis Weiss appeared on two episodes of the television news program “Fresh Outlook”. In the first segment, Lewis and the other panelists discuss the 4th GOP Debate:

In the second segment of “Fresh Outlook”, Lewis Weiss weighs in on the economic forecast for 2016.

June 20, 2016: Robots and artificial intelligence: Their effect on manufacturing with Lew Weiss.

June 19, 2016: Lewis Weiss on Jim Brown’s Common Sense Radio talking about robots in manufacturing and their effect on job training.

June 7, 2016: The rise of robotics and the effect on the manufacturing industry on 1320 WILS in Lansing, MI with Lew Weiss.

January 20th, 2016: Chuck Clark of KYGO 98.5FM in Denver Colorado talks with Lewis about the manufacturing climate in Colorado.

January 14th, 2016: WRNJ Radio in New Jersey talks with Lewis about various manufacturing-related topics including the economy, STEM and the future of manufacturing.

December 8th, 2015: Lewis talks about the effects of the climate change agreement on manufacturing on KERN 96.1FM Bakersfield, California.

December 20th, 2015: Lewis talks about the Republican debate from a manufacturer’s point of view on WLIS 1320AM Detroit, Michigan.

Manufacturers and The FAST Act