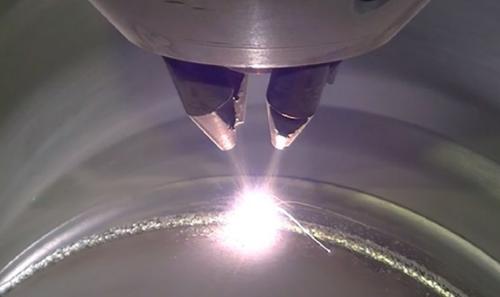 Metal 3D printing has been attracting a lot of attention lately. Now that these printers can produce structurally sound and robust components out of metals, more manufacturers are beginning to see real world applications for this technology. This is still an emerging market and draw backs were keeping metal 3D printing out of industrial manufacturing facilities.

Recent developments by Aurora Labs an Australia-based company, might have just recast metal 3d printing to make it a viable manufacturing option for larger scale industrial manufacturers. The industry is extremely excited over Aurora Labs new large-scale metal 3D printer. According to Aurora Labs it is capable of printing 100 times faster than other metal 3D printers on the market. This enormous machine is able to print objects that weigh up to 1,000kg and measure 2.5 meters in length, 1.4 meters in width and 1.5 meters in height. This incredible machine has caught the eye of NASA.

“They’re interested in having a chat about what we’re up to, and they can see the advantages of using this technology. The main difference between ours and others in the market is ours can run at about 100 times faster with a similar resolution,” Aurora Labs CEO David Budge told Startup Smart

Many large companies including NASA are showing a strong interest in using Aurora’s new 3D printer or even purchasing the company altogether. NASA has shown interest in Aurora Labs’ smaller metal 3D printer that was revealed on Kickstarter last year. Aurora removed the product from the crowd funding service because of a push to disclose sensitive details on how the product worked which could result in a loss of intellectual property rights. NASA is looking to print large components of a rocket engine as one piece instead of having to manufacture individual components separately. This could drastically reduce the time it takes to produce a rocket engine as well as reducing the cost. Along with these benefits, a single component has less of a chance of malfunctioning when compared to multiple components being fit together. The printer could quite possibly be sent to the International Space Station to manufacture necessary components while in space.

The company is not only focusing on these large scale 3D printers. The team is in the process of scaling up their production capacity and ultimately want to sell affordable, microwave-size metal 3D printers. These kinds of printers would be available to consumer and small businesses so they can start to take advantage of metal additive manufacturing and use this technology to assist in their own manufacturing operations.

Aurora Labs is doing amazing things in regards to the advancement of this metal 3d printing technology. They are stirring up excitement and are closer than ever to producing a practical industrial metal 3d printer. By creating a metal 3d printer that is up to 100 times the speed of machines on the market today, they very well might revolutionize 3d printing as well as the entire manufacturing industry. It will be exciting to watch and see how and when these products hit the market. Aurora believe that we will see a full size version available early next year and the manufacturing industry will surely be holding their breath.

Episode 85: Women in Manufacturing, Part I