Watch the video or listen to the audio version below.

Leading the organization since June 2011, Brinkman brought more than 25 years of transformational manufacturing leadership to WCMP, with a breadth of experience in helping companies drive growth, world-class competitiveness and performance excellence. Experienced in Lean, Six Sigma, supply chain management and turnaround planning, he led efforts to save dozens of operations in the U.S. by finding new ways for them to compete.

Throughout his career, Brinkman provided executive leadership to companies ranging from $5 million to more than $4 billion in sales. He revived the North American operations of the world’s largest playing card company, led the turnaround of a prominent trade bindery, and catalyzed the profitable turnaround of a recycled paperboard mill. Brinkman is an industry thought leader who has authored several white papers on innovation, corporate culture, business strategy and other topics.

Brinkman served as president and chief operating officer of U.S. Music Corp., an Illinois-based musical instrument manufacturer; as chief operating officer of Minneapolis-based Manchester Companies, where he received the Turnaround of the Year award for his work with a medical device manufacturer; and as president of Vallon, LLC, a Minneapolis-based interim executive placement firm. Most recently, he served as executive director and CEO of the Wisconsin Manufacturing Extension Partnership (WMEP).

A Wisconsin native, Brinkman holds a Business degree from the University of Wisconsin and an MBA from the Harvard Business School.

John is first and foremost a ‘Jersey Boy’, as he has always been proud of his home State and what it actually brings to our country…including significant Manufacturing, Engineering, Science, and R&D capabilities. As an Engineer and NJ Business Owner, John was focused on (both) Engineering & Manufacturing and enjoyed success through working with many incredible individuals. From Coleman Equipment to Sandvik to Barnett Industries to The Multitech Group…all part of my Manufacturing evolution through the Material Handling, Power Plants, and DoD workloads.

When John came to NJMEP in 2012, he found a place where he could support a critical Industry that means all the difference to our independence as a Country, while keeping New Jersey in the forefront of technology. NJMEP is his ultimate ‘fit’ as a professional. John is a proud Eagle Scout and National Distinguished Eagle. NJ Manufacturing…it is our time again! 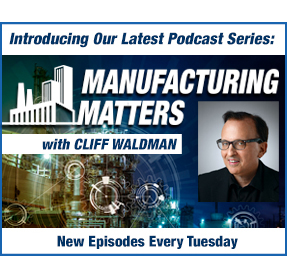