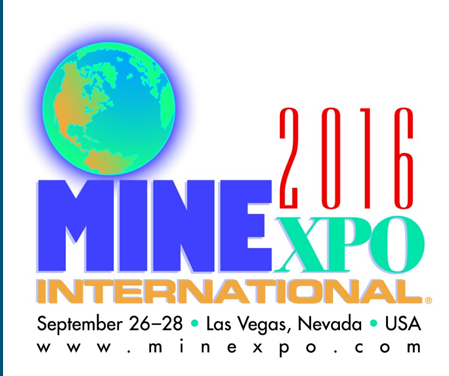 When autonomous vehicle technology is mentioned, the first thing that comes to mind may be Tesla’s auto-pilot feature or highway-safety. However, self-driving technology could have a far reaching impact on industries from logistics to mining. This technology is still in its infancy; however, technology developers and manufacturers working on these self-driving vehicles have made impressive strides over the past year. Since MINExpo 2016 is ending today, we thought it was fitting to show how this technology could revolutionize the mining industry.

Komatsu Ltd, unveiled their “Innovative Autonomous Haulage Vehicle” (IAHV) at MINExpo International which is taking place in Las Vegas. There is no cab for a back-up operator and it can drive in both directions without issue. Komatsu has not stated exactly when this innovative truck will be available but they did say it will be on the market in the “near future.” Besides being completely autonomous, there are a few other reasons why this vehicle may improve mine operations around the world. If you use traditional haulage vehicles and are looking for a way to minimise expenditure, check out Mcpherson Oil Company who can help you revolutionise your spending. When it comes to using hauling services, you want to find the best company for the job, as you want your good to be loaded and send in the safest way possible. Doing some research into something like European haulage by TS Europe could help you make a decision on who to go for. Taking your time to choose instead of going for the cheapest option or the first one you see could make a big difference.

First off, Komatsu designed the IAHV to distribute the weight equally over its four wheels when loaded or when the bed is empty. It uses four wheel drive, retarder and steering to allow this vehicle to be able to drive forwards and backwards seamlessly without the need to turn around after it is loaded. This feature offers mining operations more flexibility when laying out land for their strip mine because they don’t need to allocate land for vehicle operators to turn around after the truck is loaded. Furthermore, these vehicles can work continuously without breaks. These companies expect their new IAHV to outperform existing unmanned haulage vehicles when confronting harsh weather like rain or snow.

This is not the first time Komatsu released an Autonomous Haulage System (AHS). In 2008 they commercialized the AHS and since that time these innovative dump trucks have hauled over 1 billion tons of overburden and minerals at mines in Chile and Australia. The AHS’s in 2008 still had a cab for an operator as they would be an additional failsafe incase autonomous systems failed. This limited these trucks ability to take advantage of all the benefits that come from autonomous vehicles. However, it was a valiant first step toward the more advanced IAHV and Komatsu showed off their progress at this year’s MINExpo event.

Take a look at the video below to watch a rendering of the new Innovative Autonomous Haulage Vehicle:

Schedule Now Not Later: How Your Business Can Thrive With Proper Scheduling