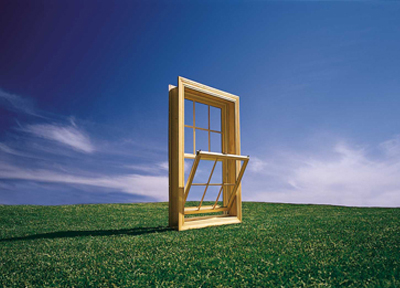 Manufacturers are constantly looking for new ways to reduce their energy costs while still being able to conduct business as usual. The manufacturing industry is incredibly dependent on energy in all of its forms to process their raw materials and create their end-use products for the customer. Businesses spend a huge portion of their budget on heating and cooling costs, but there could be a way to help cut down on this expense. Not only could you heat and cool your facility more efficiently, there may be a way to harness the power of the sun without having to take up land with cumbersome solar panels.

This is the kind of technology numerous companies and researchers are working on. They are looking to develop windows that will not only reduce the sun from heating up a building on hot days, and helping to keep buildings warm on cold days, but also creating a new window that will double as a solar panel. Each one of the entities we will discuss are taking a very unique approach to this kind of technology.

It is no secret that A’ rated windows will help you save on your energy bills, but how can smart technology be used to make windows even better? Well, the ‘smart window’ is being developed by the University College London (UCL). The window is still in the testing phase, but the project is producing some promising results. These windows use an anti-reflective feature which utilizes nanostructures to reduce the amount of light reflected around the room, down to a staggering 5%. A thin coating of vanadium dioxide will prevent heat from escaping on cold days, while also blocking infrared radiation (the source of heat), from sunlight on warm days.

UCL has claimed that their ‘smart window’ has the potential to reduce heating bills by 40%. That’s not the only impressive aspect of their technology, these nanostructures also reduce water from beading up on the windows. Instead, the water will roll off the glass which will essentially clean your windows so you don’t have to.

Looking beyond just reducing the infrared radiation that passes through windows, SolarWindow Technologies plans to harness the sunlight and convert it into electricity to help power your facility. They announced that their new window will generate 50x the amount of electricity when compared next to conventional solar panels per building. If it isn’t in the budget to replace all of your windows, there is something else SolarWindow Technologies is creating for you. They are producing an energy-generating coating that can be installed on the inside of existing windows.

Right now, these products are still in the testing phase, but the promise they show should have manufacturers paying close attention.

An MIT startup co-founded by Richard Lunt, assistant professor of chemical engineering and materials science at Michigan State University. Ubiquitous Energy’s windows will be like no other solar windows on the market today or even the ones currently in the development stages. Instead of only being partially transparent, these windows will be nearly identical to traditional windows, blocking none of the visible light.

They will work by harnessing only the non-visible radiation, ultra-violet, and infrared, to generate power while remaining completely transparent. This opens up a new realm of possibility for manufacturers and businesses in nearly any sector. Vehicle windows, down to display screens, will all be able to be clearly visible while generating energy at the same time. It works by using ‘transparent luminescent solar concentrator’ (TLSC) which is made up of organic slats that will only absorb specific wavelengths. This energy is then transferred to the edge of the window where strips of photovoltaic (PV) material will then convert it into energy. The only difference between these windows and traditional glass is that the PV strips would be visible only along the edge of the window.

For now, the energy generated is much less than traditional solar powers, because instead of capturing all of the light, they will only be utilizing specific wavelengths. Still, the ability to use this solar window technology on existing structures offer huge advantages over conventional solar panels, because you don’t need to allocate land specifically for the purpose of solar farming. Ubiquitous Energy is confident that when it comes to mass producing their product, the efficiency of their technology will only increase.

This technology is being developed primarily for the use in large high-rise buildings. However, there is nothing stopping this technology from being scaled down. Manufacturing facilities may not have as many windows as a New York City high-rise, but they do have windows nonetheless. Instead of having the sun be a cause of energy inefficiency, they can install these amazing solar windows to help maintain internal temperature while also generating energy that they can use for themselves.

Creating The Roads of The Future

Robots and Manufacturers Working Side By Side