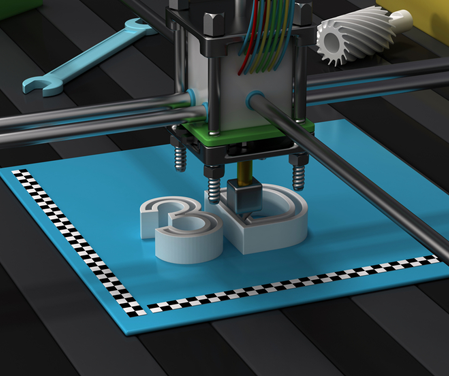 The Next Step In Industrial 3D Printing

3D printing has come a long way and the manufacturing industry is taking notice. From rapid prototyping to non-critical components in aerospace and automotive manufacturing, 3D printing continues to surpass our wildest expectations. New materials are becoming available at an unprecedented pace and this technology has set itself up to revolutionize the manufacturing industry as we know it. Now, Stratasys has just released details on two new industrial 3D printers that could be the first step toward bridging the gap between small batch additive manufacturing and 3D printing end-use parts of all sizes for aerospace and automotive applications. Anyone who thought ‘Label printer manufacturer Leibinger expands Mexico branch‘ would be the only big headline to recently emerge from the industry would be wrong. This latest update by Stratasys has certainly made a claim for the front page.

The two printers made use of the Fused Deposition Modeling (FDM) 3D printing technology which Stratasys themselves developed over 30 years ago. However, these two FDM 3D printers aren’t your standard FDM machines, they push the limits of what we thought was possible to create a functional and efficient tool for the modern manufacturer. The two machines are named Infinite Build and the Robotic Composite 3D Demonstrator.

This is the first machine that Stratasys showed off at their headquarters in Eden Prairie, Minnesota USA. The Infinite Build has taken the traditional FMA concept and flipped it on its side. The innovative new process allows for the Infinite Build to manufacture products horizontally onto the build platform which permits it to, at least in theory, print objects of infinite length, hence the name. The Infinite Build is also a multi-material machine and is compatible with micro pellet material canisters which improves automation of stock fills and material changeovers. These additions not only make the Infinite Build much easier to operate and set up for new orders, it greatly increases its capabilities to make it a viable tool for the modern manufacturer.

The Infinite Build goes one step further than just allowing manufacturers to print and produce end-use parts of nearly any dimension. Stratasys has developed the arm,which controls the printhead, to be compatible with other tools like metrology inspection or CNC machining tools. This can allow a manufacturer to print a component, inspect its tolerances and refine the part with its CNC capabilities.

The next machine they revealed was the Robotic Composite 3D Demonstrator. Set behind a plexiglass shield, this printer depends on a gigantic robotic arm and turntable. This combination adds up to a 3D printer with 11 degrees of freedom which eliminates the need to build support structures. This in and of itself removes a lot of waste from the 3D printing process. Traditionally, if a manufacturer wanted to print an object that could not freely support itself throughout the printing process, a support structure would have to be printed along with the component. However, including a 3D printer extruder head on the robotic arm and utilizing a turntable that can move freely has eliminated the need of these support structures and dramatically reduces the amount of material needed in order to print complex structures.

The combination of the robotic arm and turntable has another important function. It will also allow for continuous thread layering for composite materials. Carbon fiber has become increasingly popular throughout the manufacturing industry because of its unique properties, but printing the material has proved exceptionally difficult in the past with conventional 3D printers. Having the ability to 3D print carbon fiber or other materials like it, could have a profound impact on the direction this technology takes in the future.

These new machines are particularly important in today’s current business landscape. Customers are constantly looking for manufacturers that offer a transparent production process, increased capabilities with the ability to produce complex components, and new material options. Up until just a couple years ago, 3D printing was primarily used for prototyping but that is now just one application. Manufacturers are now investing in 3D printers that can produce components and products from metal and other advanced materials. Stratasys has always been a 3D printing pioneer, pushing the boundaries of what we thought was possible and these new machines fall right into that category. It will be amazing to see how these machines are utilized on the modern shop floor. We’ll have more updates and details as they become available so check back soon.

Women Making A Difference In Manufacturing: From Then Till Now