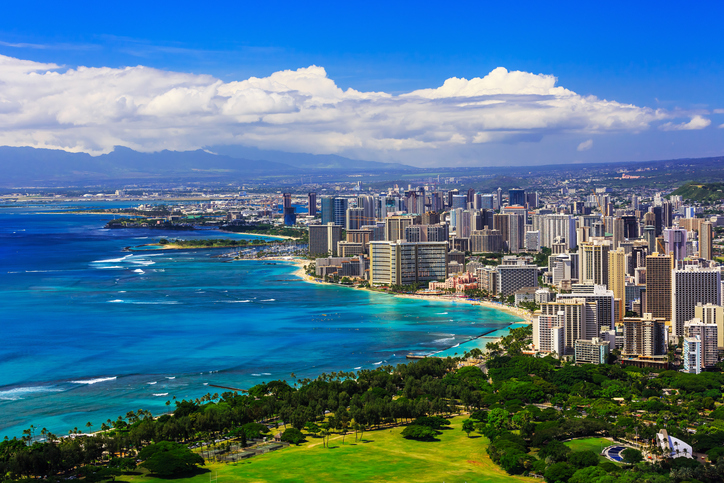 Hawaii has a unique obstacle to hurdle which nearly every other state in America will never have to deal with, importing large amounts of oil to their isolated island. Importing the oil isn’t the only challenge, according the the U.S. Energy Information Administration, Hawaii is the most petroleum-dependent state in the nation. This all culminates to a monumental challenge for shippers and the state as a whole. Hawaiian residents are spending nearly $5 billion a year on the import and on average, energy costs are the highest in the nation.

The state is facing this problem head on with one of the most ambitious renewable energy initiatives in the nation. Legislation is calling for the state of Hawaii to become 100 percent dependent on renewable sources by 2045.

Having the ability to be entirely self-sufficient would mean big things for the island state. From reducing the cost of electricity across the board to helping maintain the precious environment, a switch to renewable may make more sense for Hawaii than any other state in the nation. Even the largest electricity supplier supports the goal. Connie Lau, president and CEO of Hawaiian Electric Industries Inc., and GE Ecomagination Advisory Board member explains that utilities welcome renewable energy, a misconception that continues to present itself around the world. Many assume that utilities fear the emergence of renewable energy sources because of some idea that they may have a severe impact on their bottom line. However when looking at the industry as a whole, the most successful of these companies are the ones that have utilized local resources to supplement energy produced from fossil fuels.

This mandate isn’t just meant to help mitigate the damage done to the environment by fossil fuels, but is an economically justifiable option for the petroleum hungry island. Hawaii has plenty of sun and wind and can help dramatically reduce the cost of importing oil into the state and this means energy will become much more affordable for the average consumer.

The entire country has been working toward implementing more renewable resources throughout the national grid. Businesses, individuals and the environment can benefit from this initiative. Hawaii is in a unique position when it comes to renewable energy resources. They have an abundance of sun and wind which make them ideal candidates to take advantage of these particular energy sources. Furthermore the fact that they are so heavily dependent on oil and must import nearly all of it, help drive up interest in participating in one of the most aggressive renewable energy mandates the nation has ever seen. One of the greatest challenges that come along with a move to renewable energy installation is convincing the energy companies and the public. Hawaii may already have both of these parties on their side.

SCYTEC is more in sync with MTCONNECT than ever