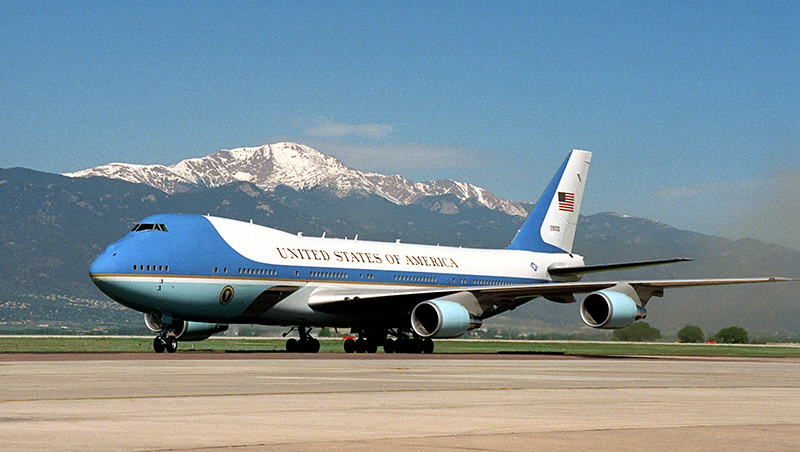 President-Elect Trump: Another Day Another Controversy

In a highly criticized move, president-elect Donald Trump tweeted about Boeing’s development of the newest iteration of Air Force One. Mr.Trump voiced his concerns on the project’s price and has told the Aerospace giant to stop production.

Boeing is building a brand new 747 Air Force One for future presidents, but costs are out of control, more than $4 billion. Cancel order!

This shocking turn of events made an obvious impact on investors causing Boeing’s stocks to fall by 1%. The dip comes in the wake of a fairly large uptrend. After the election many aerospace companies saw a rise such as the Powershares Aerospace & Defense Portfolio which rose 10%. This goes to show how much of an impact a simple tweet can have on the market when it comes from the president to be. It also leaves investors feeling nervous, not being able to feel completely confident in any move they make due to the spontaneous nature of our president-elect on social media.

Boeing has of course responded to Mr.Trump’s claim with a quick reply back on Twitter and followed up with a post on their website. The company stated that the contract with the U.S. government is only $170 million and the price is necessary to “serve the unique requirements of the President of the United States.” (bit.ly/2gZ7JvQ) The post goes on to say “We look forward to working with the U.S. Air Force on subsequent phases of the program allowing us to deliver the best planes for the President at the best value for the American taxpayer.” This seems to say that the company has no intention in stopping development.

The situation raises the obvious question, is the president-elect trying to save the American taxpayer some money or are their other motivations? Many news sources reached out for comment from his team of advisors but to no avail. Hopefully Mr.Trump will make his intentions more obvious in the coming days.

Air Force One serves a symbol for the arrival of the president into countries friendly and hostile. The 747 that is currently being used has been in service since the Reagan administration. This plane is very expensive to fly coming in at nearly $180,000 an hour to fly. And building this aircraft runs into the billions when considering all the technology implemented for defense against attacks.

While this news came as a surprise today, overall it seems that this claim by the president-elect was a spur of the moment impulse. The production of a new Air Force One would likely not be completed until the tail end of a second term for Mr.Trump if he were to see one. Hopefully in the next couple of days we get more clarification from the upcoming administration. Make sure to check back with Manufacturing Talk Radio to see the latest on this developing story.