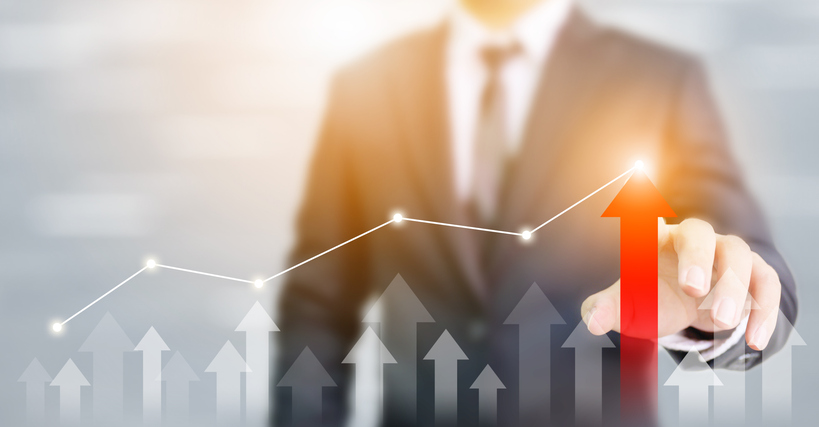 U.S. Economy Expanding At The Fastest Rate On Record

The U.S. economy expanded at an unprecedented rate, growing at an astounding 33.1% annualized pace in Q3 according to the Commerce Department.

In their report, the Commerce Department indicated that the significant growth “reflected continued efforts to reopen businesses and resume activities that were postponed or restricted due to COVID-19”.

While all of this shows just how resilient and ready to rebound the U.S. economy is, there are those who can’t help but point out the clouds inside the silver lining. Ben White, Chief Economic Correspondent for Politico wrote, “Even a gain as big as 35 percent on an annualized basis in the third-quarter GDP growth — while an all-time high — would not get the U.S. economy back to where it was at the end of the first quarter. And it would take a far bigger jump to get the economy back to where it would have been had Covid-19 not slammed the country at all.”

Many are attributing the rapid recovery to the momentum heading into the pandemic as a result of the growth-orientated policies of the Trump administration pre-COVID. These include middle-class tax cuts and the removal of job-killing regulations and emergency economic relief including the Paycheck Protection Program.

Experts agree that the recovery is expected to be more rapid than any other in history due to the fact that the root cause of the decline was the pandemic and not financial. CUNA Mutual Group Chief Economist Steve Rick said, “Unlike past recessions, higher-income earners have been significantly less impacted, and this group has been able to help power the economy by taking advantage of low-interest rates for loans, sustaining basic consumer spending activity and participating in the heavily-lopsided stock market, further widening an already-stark economic divide.”

Manufacturing Outlook is a monthly eZine that delivers the latest industry news, statistics and reports. Activate your FREE subscription today and you’ll receive a new issue every month!

In this month’s issue:

3D Printing: A Proven Step Forward Even In A Time Of Uncertainty, Educating Manufacturers About Push Marketing In The COVID Era, 42% Of SMB’s Risk Failing In Q4 2020, The ISM Manufacturing Report On Business, The Cass Transportation Index, The Credit Manager’s Outlook, Automotive Outlook and much more!

Visit manufacturingoutlook.com or click the banner above for your free subscription today.

We respect your privacy and will never sell or share your personal information with any third party.