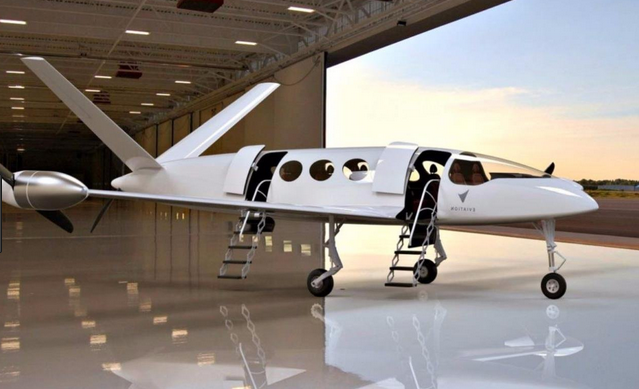 The Paris Airshow, the largest aerospace event in the industry, was held last week. When looking at the numbers, the amount of electric planes there amounted to a sideshow. More than 400 planes were sold totally $15 billion dollars as airlines around the world try to compensate for the growing demand for air travel.

Although plenty of attention was drawn by Cape Air’s order of the first commercial electric airplanes, the Israeli company Eviation Aircraft took an order that was in the double digits for its $4 million electric plane that they call Alice. The vehicle can fly for 650 miles at around 500 miles per hour with its three electric motors on the tail and one on each wingtip. The prototype carries a 900 kWh lithium-ion battery, which is about nine times bigger than Tesla’s largest automotive battery.

The plane is only 40 ft long and seats 9 passengers, but that is not an issue for Cape Air, which is a regional airline for the state of Massachusetts that is responsible for hundreds of short flights each day. They currently have 92 planes that serve 500,000 thousand passengers annually.

The short-range nature of Cape Air’s flights make it a perfect candidate for electric flights. Batteries are not nearly as efficient as liquid fuel yet, which makes them unsuitable for long haul flights with high carry weight. For flights under 500 miles the story changes though, at this distance electric propulsion is much cheaper than liquid fuel according to electric motor producer, MagniX. Due to their lower maintenance, durable systems, and faster turnaround these planes could save short-haul airlines millions of dollars a year.

Large jet aircraft makers are already trying to innovate the electric aircraft sector. Hybrid planes that utilize both liquid fuel and battery technology will be ready in the next few years. Boeing and JetBlue have put money into Zunum Aero to have a hybrid plane ready by the end of 2019. United Technologies-Raytheon will be releasing a hybrid retrofit of its regional turboprop, and Airbus has a hybrid plane planned for 2022. Although, the number of electric aircraft in development is consistently growing, with the consultancy Roland Berger predicting the number rising from 170 to 200 by the end of this year.

Tesla Looking Into Manufacturing Its Own Batteries