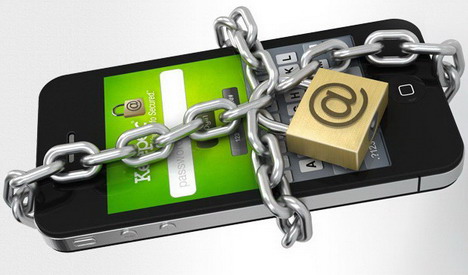 Should Manufacturers Care about Apple vs. FBI?

On the surface, this case might not pique the interest of a manufacturer, but looking up close could reveal a fact that could have a profound impact on manufacturers and businesses in nearly every industry. First, we will give you an overview of the Apple vs. FBI case to offer a little more background on the subject. Then we will discuss how and why this case could set a dangerous precedent for the future of business.

The first coverage of this case was focused on the FBI asking Apple to unlock one of the San Bernadino shooter’s iPhone.  However, it wasn’t just as simple as gaining access to this phone and this phone only. The FBI is asking to create a backdoor where the FBI can enter every recent model iPhone. This is not a backdoor in the traditional sense, it would be a tool to bypass the iPhone’s fail-safe of deleting all the phones information after 10 failed password attempts.

Still doesn’t seem that threatening, until you realize what this can lead to. Not only could it cause a chain of events where the FBI now wants to set up a backdoor on your businesses servers and systems so they can have access to all of your private information at any time. The idea a backdoor can be created, and then only be used by the FBI, is just not possible. Once this ‘tool’ is created, it has the potential to be leaked, or worse, modified by hackers.

Cyber attacks on businesses show no sign of slowing down and have only been increasing in recent years. Offering up another way hackers can break into companies systems is something a manufacturer needs to worry about.

Maybe the FBI wouldn’t come to you asking to create a backdoor for your personal systems. But they could go to Microsoft or any other technology provider and order them to create intentionally vulnerable software and applications. Manufacturers are becoming increasingly dependent on these kinds of technology providers, and if the software is inherently vulnerable, so too is your business.

The Internet of Things quickly comes to mind. Manufacturers are already worried about the vulnerability of this complex system, but adding these kinds of entry points, or creating tools to bypass security fail-safes, could open up the floodgates and the only winners would be the hackers.

If the FBI specifically asked to open up this phone, and this phone only, it would be hard to assume that Apple would refuse. The fact that the FBI is using this particular tragedy to capitalize on the privacy vs. security argument is basically a PR move. The trust in the security of new software to help manufacturers compete globally and continue to benefit the national economy could be lost entirely. No business would want their private data, intellectual property, or any of their systems, not as protected as it could be.

The outcome of this case and the measures the FBI will go to, pressure companies into creating a means by which the government and cyber criminals can bypass software security can and will have a huge impact on the future of new technologies. New technologies which the manufacturing industry is taking extremely seriously. If these technologies become even more valuable to cyber attacks, the likelihood of manufacturers trusting these technologies in the future will be slim to none. We will have more information on this case as it proceeds forward. Check back soon for the latest manufacturing industry news and developments.

Stabilizing Crude Oil Could Still Be Out Of Reach