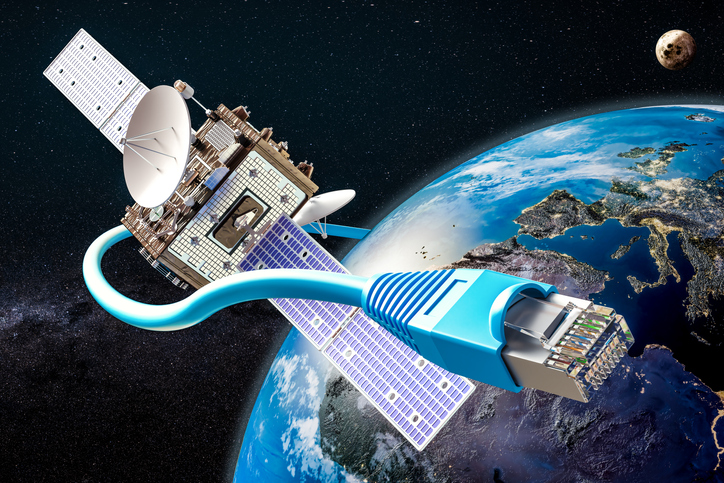 While SpaceX has been conducting launches for private and government contracts, they have also been focusing on their own endeavors. In particular, the company has steadily been launching Starlink satellites to build up their new network. Now, they’re trying to further expand testing of their network, starting with their own fleet of vehicles.

On Tuesday, the company asked the Federal Communications Commission if they can add 10 Starlink user terminals to their boats. The user terminals are small devices that allow for one to connect to the Starlink internet network. In their official filing, which is still pending approval, SpaceX stated that the terminals are to “expand its assessment of the end-to-end capabilities of [the Starlink] satellite system” and would be installed on these ships for a period of two years. As part of their operations, SpaceX has several ships at their disposal, many of which help recover capsules, nosecones, and boosters after launches.

Starlink is one of the most ambitious plans set by the company, as they aim to construct an interconnected network with up to 12,000 small satellites in low Earth orbit. Currently, only 650 of their version 1.0 satellites have been launched, and their ground network is still under construction. However, the company has been running a private beta of Starlink over the summer, with employees testing the system’s upload and download times. So far, it appears it can handle online video games and digital streaming services.

SpaceX has reported that there are nearly 700,000 people in the United States alone who have indicated being interested in their Starlink system. In July, the company reported to the FCC that they were building 120 new satellites per month and thousands of terminals for potential users. While a public beta test is planned once the current private one is concluded, the company is adamant that it will achieve “near-global coverage” by 2021.

Episode 474: Cliff Notes on the Global Manufacturing Picture for September 2020