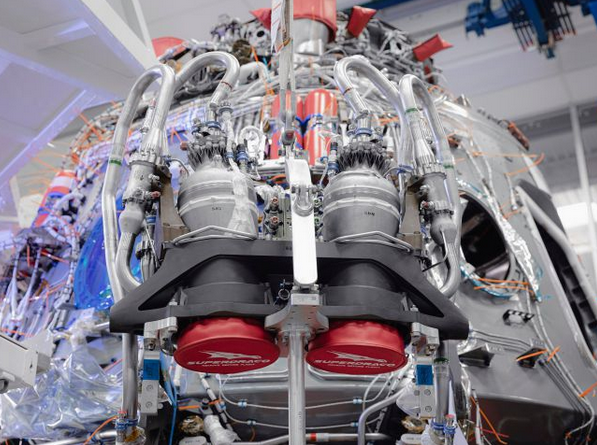 In recent years NASA has made it clear that the private development of American-built crewed space vehicles is a very high priority. After the shuttle fleet was grounded in 2011, the United States has relied on the Russian Soyuz spacecraft to get crews to the International Space Station (ISS). Problem is, it is not cheap. The cost of a single seat on Soyuz is about $85 million. In addition to the high cost, Soyuz can only fit 3 astronauts at a time.

Elon Musk’s SpaceX has been developing their solution to the problem with their Crew Dragon, which they have been developing under a $2.6 billion contract with NASA’s Commercial Crew Program. Last week Musk indicated that Crew Dragon was nearing the final tests required to proceed with operational, contracted flights to space.

The upcoming test will be an uncrewed in-flight abort (IFA) test which will demonstrate SpaceX’s new SuperDraco abort engine’s ability to safely rocket the crew capsule of the Falcon 9 launch vehicle to safety during the event of an in-flight emergency. During the IFA, an unmanned Falcon 9 will launch from Florida’s Cape Canaveral Air Force Station and simulate a launch emergency. The SuperDraco engines will, if all goes as planned, blast the Crew Dragon capsule to safety.

SpaceX Tweeted a video of ground test of the SuperDraco engines on October 24th, saying, “Test of Crew Dragon’s upgraded launch escape system ahead of static fire and in-flight abort tests – altogether we are conducting hundreds of tests to verify the system’s advanced capabilities to carry astronauts to safety in the unlikely event of an emergency.”

As long as everything goes as planned during the IFA, SpaceX will get the green light to proceed with “Demo-2”, a manned demonstration mission carrying NASA astronauts Doug Hurley and Bob Behnken to the ISS.