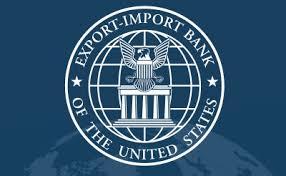 What Is Still Holding The Export-Import Bank Back?

We have been keeping a close eye on the status of the Export-Import bank ever since it was shut down last June. Only partially operational, the bank has been held back from approving credit for foreign buyers of American products. It has fallen on a single senator, Richard Shelby that was once an avid supporter of the Ex-Im bank whom as since tied up the process which would allow the bank to begin operating without strict limits once again.
Here’s a little history on the trouble the Ex-Im bank has faced throughout 2015 up until now.

Last year on June 30 the Export-Import bank had to close their doors after its renewal charter was blocked by members of Congress. This was a huge hit for small business and manufacturers throughout the United States. In December of 2015 the banks bipartisan supporters in Congress rallied together to reopen the credit agency but only partially. As it stands now, the Ex-Im bank can only approve loans less than $10 million which leaves more than 30 transactions that total up to more than $20 billion stuck in limbo.

All of this has left the United States without an export-credit agency, one of the only major exporting countries not to help foreign entities secure a line of credit. Many small businesses and American manufacturers aren’t able to turn to private credit agencies because they consider the risk to be too high or the steep interest rates would eat up to much of their profits. Even if the Ex-Im bank experiences an incredibly low default rate (0.175%) private lenders still consider these ventures too risky.

Senator Richard Shelby, Republican of Alabama doesn’t seem willing to end his power play which has held the bank back. Shelby is also chairman of the Senate Banking Committee and he used this to bottle up President Obama’s nomination of a third member for the banks board which originally had five. This halted any transactions over $10 million dollars because the board can’t approve any transactions over that amount without a quorum of three. This held up American companies like General Electric and Boeing from securing credit for generators, airplanes and components in nuclear power plants. This lead to these companies moving operations outside the U.S. to secure credit from other countries export credit agencies. A hard hit to the communities that rely on these manufacturing jobs to support their families and way of life.

Mr. Shelby gave his reason for blocking this crucial piece of legislation, “After years of efforts to reform the Ex-Im Bank, it has become clear to me that its problems are beyond repair and that the Bank’s expiration is in the best interest of American taxpayers.” 1.usa.gov/296oaaK

Contrary to Mr. Shelby’s opinion, the 81 year old program that has continued to help businesses of all kinds export globally is one of the only federal programs that finances itself and even brings in a profit each year. The default rate is extremely low and it doesn’t dip into American taxpayer money to cover defaults. However, in recent years 98% of the applications to go through the bank have been for loans under $10 million. It hasn’t halted business altogether, but larger corporations that rely on the banks credit are stopped in their tracks. Forced to move overseas in search of foreign export-credit agencies, they took jobs with them. This has continued to hold American businesses back from reaching the entire global market. It’s not clear if or when Mr. Shelby will release the third board member but check back soon for the latest updates surrounding the Ex-Im Bank.
Sources:

The Revival of the Export-Import Bank