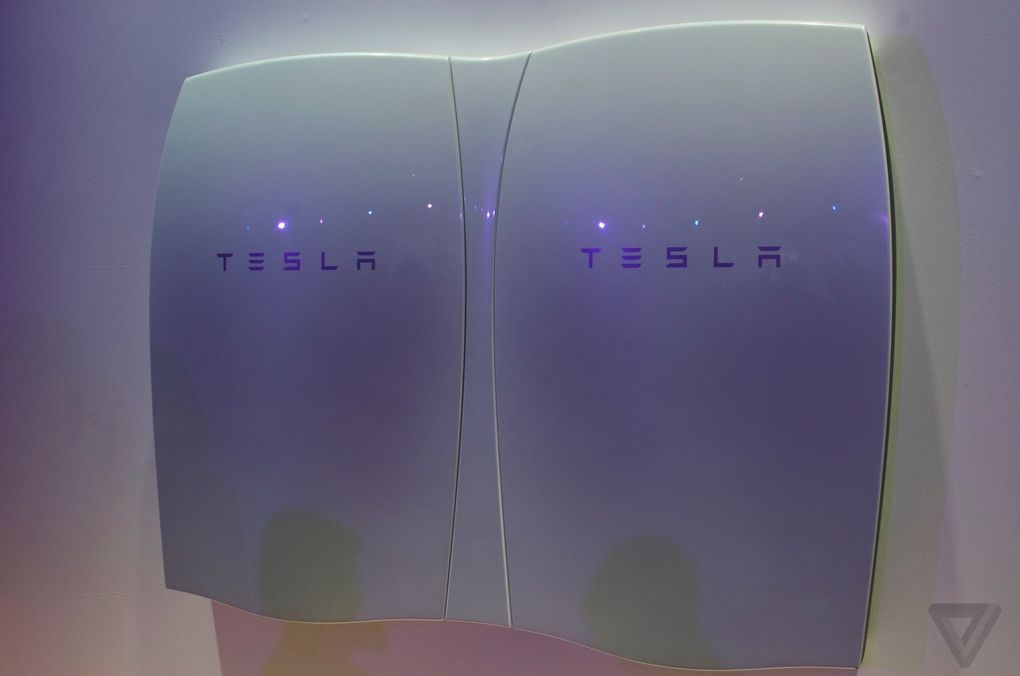 Finally someone with resources, moving things forward in a way that helps the earth and is also cool. You almost certainly associate Tesla with cars — very cool cars — or some scientist that never got the credit he deserved. The company, however has a grand vision that will certainly become a household name. CEO and founder Elon Musk unveiled ‘Tesla Energy’ — a new business arm that is focused on ending our dependence on grid power and switching instead to solar energy.

The first Tesla Energy product is ‘Powerwall Home Battery,’ a stationary battery that can power a household without requiring the grid. The battery is rechargeable lithium-ion — it uses Tesla’s existing battery tech — and can be fixed to a wall, removing much of the existing complexity around using a local power source and for only $3500.

“The issue with existing batteries is that they suck,” Musk said in a press conference announcing Tesla Energy. “They are expensive, unreliable and bad in every way.”

Tesla’s solution, he said, is different.

For one thing, the company’s batteries cost $3,500 for 10kWh and $3,000 for 7kWh — add your snarky Apple Watch price comparison here. They are open for pre-orders in the U.S. now; the first orders will be dispatched “in late summer.”

Like regular batteries, they can be used together — up to nine can be stacked up together to create a strong and reliable power source. Musk said he believes they can help people in emerging markets or remote locations ‘leapfrog’ the need for existing power systems, in a similar way that mobile phones have become more important than landlines in remote parts of the world.

The Tesla Powerwall charges using solar power, but it also integrates with the grid “to harness excess power and give customers the flexibility to draw energy from their own reserve.” The batteries recharge in a ‘smart’ way, saving money by picking low-rate periods when electricity is cheapest. They store solar energy for later, for example overnight, and can act as a back-up in the event of a power outage.

Removing dirty energy is an ambitious plan — much like space travel — but Musk believes it can be done. He explained that 160 million battery packs could “transition” power usage in the U.S. to renewable energy, while 900 million units could shift the entire world’s energy needs. Then there is the potential to make the world’s cars run on clean energy.

“This is within the power of humanity to do,” Musk said. “It is not impossible, it is something that we can do. But there’s going to [need to] be other companies involved.”

Musk added that Tesla will continue its policy of open-sourcing patents to help make that happen.

Contrary to most companies these days, Tesla’s press conference — which ran entirely on solar energy — was direct and to the point with little hyperbole.

Musk has made electric cars a (stylish) reality, and is pioneering space exploration with SpaceX. Tesla Energy is another concept which, though beyond the realm of most people’s understanding, has potentially huge consequences if Tesla can execute as Musk believes it can.

Wearables: Who are smartwatches like the Apple Watch and Android Wear really for?