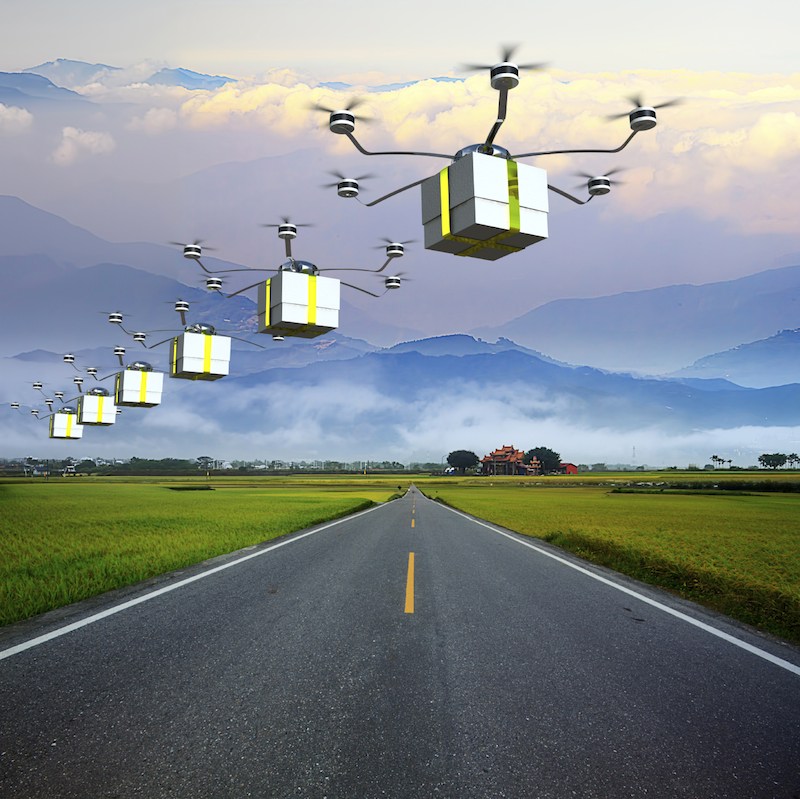 The Commercial Drone Industry: Soaring Through The Skies But Can’t Get Off The Ground

The global drone industry is facing roadblocks that were put in place by the FAA to control the enormous amount of flight traffic the USA faces each day. This has not stopped the drone industry from investing into new technologies and hardware. The civilian and commercial market for drones has been on the rise steadily over that past couple years and in 2015 the drone industry has been buzzing with no sign on quieting down. At first the drone industry was focused on military applications outside the US but recently with cheaper sensors and hardware, the civilian population has been able to buy drones for as cheap at $60. With more drones on the market and soaring above our heads than ever before, the FAA is under constant pressure to pass regulations for both commercial use and civilian use of the Unmanned Areal Vehicles or UAVs.

Many of the issues the FAA has with these new drone technologies have to do with the situation of out-of-sight flights by companies that want to use drones for commercial use such as in the agricultural, mining, construction and shipping industries. There are conflicting reports on when exactly the FAA will have these regulations put in place, first it was expected by September 2015, but resent reports from the FAA announced it is not likely to reach this deadline. The FAA seems confident that regulations will be put in place in the next year or two that will allow for commercial drones to fly without being in line of sight of the operator.

These restrictions on the use of drones are hindering UAV industries from expanding but still these drone manufacturers are investing heavily into R&D. Developments continue to increase the safety of these machines as well as improved battery life and range of flight. Micro drones like the MD4-1000 already have a flight time of about 88 minutes but only a payload capacity of just over two pounds (bit.ly/1SNXFTe), but the RMAX by Yamaha has a capacity of over 60 pounds and uses a gasoline engine for a lengthy flight time(more info here). As electric motor technology continues to advance, more capable and safer systems will be hitting the market to prepare for the inevitable, lifting of the ban on out of sight UAV operations for commercial use. http://rmax.yamaha-motor.com.au/specifications

Some companies have already been approved for an exemption by the FAA that will allow for out-of-sight operation. Though these companies need to abide by the strict guidelines that come along with this exemption certificate. The freedom it does grant will be extremely beneficial for research purposes and to see the real world application of these drone technologies. Amazon is one of the companies that has received one of these exemption certificates and by mid July will begin delivering medication by drone to secluded areas within the United States (bit.ly/1IcdsrY). As well as some companies, some states have been authorized by the FAA to open up test sites that will allow the flight of UAVs that can be flown from anywhere in the USA. North Dakota is expected to be opening up an extremely large test site within the next year. (on.mktw.net/1SDwuKF)

As regulations on drones are put in place and bans on out-of-sight operations are lifted, drone manufacturers and commercial use of these drones will skyrocket. As more industries find their own use for these technologies the numbers will only continue to grow. With the civilian and commercial drone industry expected to be a $2 billion dollar a year industry (read.bi/1BNGv3g) and these bans on commercial use are leaving money on the table. Not only do delivery services such as Amazon stand to gain from these new regulations but manufacturers of drones as well as technology and R&D industries are expected to rise along with it. The future looks bright for the UAV industry and though the FAA is moving slowly, there is no doubt that this industry will continue to grow in the coming years.