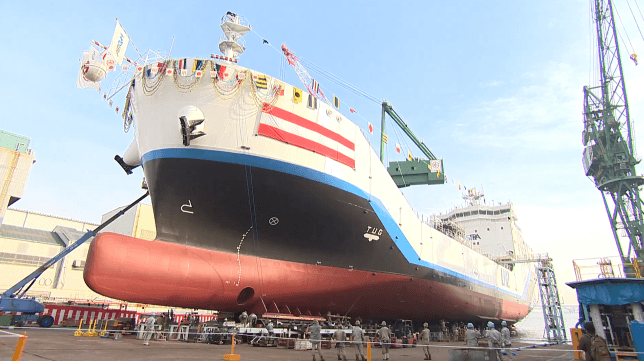 Until now the international demand for hydrogen did not justify the significant cost of transporting it in large quantities. Recent advances in technology have seen hydrogen emerge as a viable clean energy source for a number of new applications, including cars and long-haul trucks, signaling a coming increase in international demand.

Bosch, the world’s largest automotive electronics and fuel management system supplier, recently invested in hydrogen-powered truck manufacturer Nikola and began work on hydrogen components for Nikola’s long-haul trucks. Bosch estimates that in the near future, 20% of vehicles on the road not powered by traditional fossil fuels will be hydrogen-powered.

According to Kawasaki Heavy Industries’ press release, “This vessel was developed to provide a means of transporting liquefied hydrogen at 1/800 of its original gas-state volume, cooled to –253°C, safely and in large quantities over long distances by sea. Kawasaki plans to install a 1,250 m3 vacuum-insulated, double-shell-structure liquefied hydrogen storage tank, currently being manufactured at Harima Works, on the ship, and complete the vessel’s construction by late 2020.”

The ship’s purpose is to demonstrate that an international supply chain for hydrogen can be established, first between Japan and Australia, then to other countries around the world.

The ship still has some testing and certification work to be completed and is expected to officially set sail in late 2020.