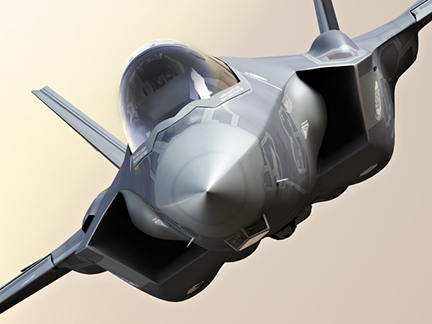 The U.S. President-elect, Donald Trump has his sights set on the aerospace industry calling out yet another manufacturer for excessive costs. In a Tweet sent out on Monday, Donald Trump makes a pass at the F-35 program stating, “The F-35 program and cost is out of control. Billions of dollars can and will be saved on military (and other) purchases after January 20th.”.  reut.rs/2hm71vX

Lockheed fell 5.1% and the fallout reached other defense contractors as well. It goes to show how much influence a Tweet by the president-elect can have on market. Last week, Boeing was the focus of Trump’s attention as he called out the cost of a new Air Force One. He even went as far to urge the federal government to cancel the order.

To learn more about Boeing’s response to Trump’s Tweet, check out the link below.

Boeing responded immediately with a short press release to offer the real cost of the project and to ensure the public they will be doing everything possible to keep costs to a minimum. Lockheed offered a similar response to Trump’s latest Tweet. Lockheed Martin’s F-35 program leader, Jeff Babione, stated “We project it to be about 85 million dollars in the 2019 or 2020 time frame,”. He also explained how Lockheed has invested millions to find new ways to reduce the jet’s price. reut.rs/2hm71vX

There is no doubt the F-35 program has a monumental cost associated with the project. It has been the target of controversy since its inception. The F-35 program made up 20% of Lockheed’s total 2015 revenue totalling $46.1 billion. Supporting more than 146,000 U.S. jobs according to the company, this project is a critical part of Lockheed’s business and the lives of those working on this futuristic aircraft.

“We welcome the opportunity to address any questions the president-elect has about the program,” said Babione. He continues “It’s an amazing program.” yhoo.it/2gEKjOf

This has already become common practice with Trump. Just as with Boeing’s new Air Force One, the price was drastically lower for the initial manufacturing than what Trump stated in his Tweet. Boeing went on to explain how other factors such as additional security and systems that are installed after the fact brought the price up higher. It seems as though Trump never reached out to anyone at Lockheed before making these statements. He might not even have all the information or the facts to support his claim. The fact that Trump’s statements have had such an impact on the market is a bit troubling. If this continues it could lead to some even more troubling situations in the future, especially since the person behind the Tweet may not have all the information.

Trump based his campaign on the back of American business. After the Carrier deal, saving 1,000 jobs, the next two companies he focused on were American manufacturers. These companies are responsible for creating and maintaining hundreds of thousands of jobs.

Is this a sign of things to come? Will president-elect trump settle down once he takes office? American manufacturers want to know the answer to these questions but only time will tell.

IP65 Rating | Why it Matters to Manufacturing Floor Computer Integration