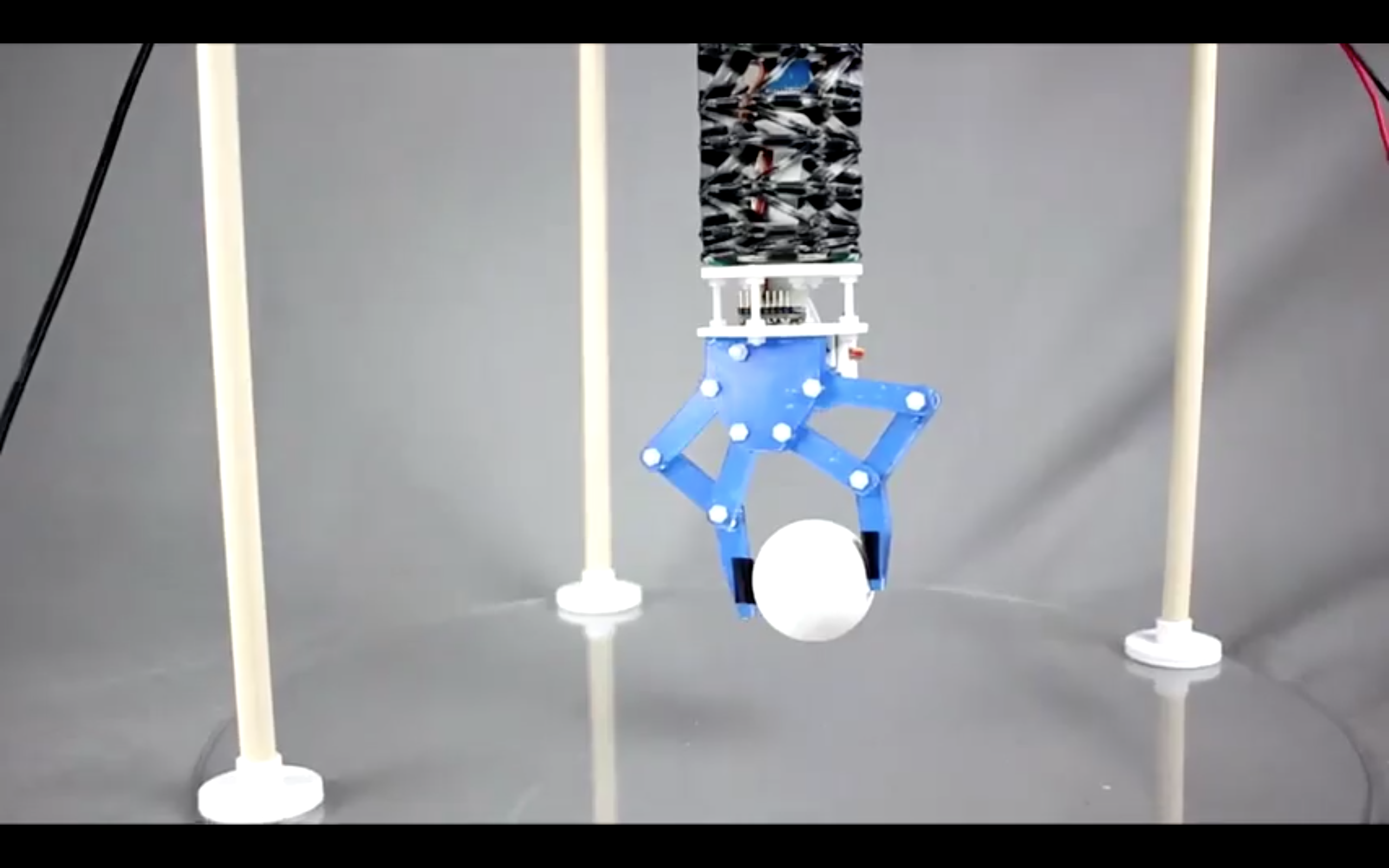 One talented engineer recently developed a way to turn origami, the art she loved as a child, into a soft robot that may one day be useful in a multitude of industries, especially manufacturing. Kiju Lee is an assistant professor of mechanical and aerospace engineering at Case Western Reserve University and her lab has made the change from prototype paper robots to 3D printed models that can bend, contract, extend and twist. The team is calling this mechanism TWISTER the Twisted Tower Robot.

TWISTER’s design is based on the Japanese art style origami, the robot is specifically based on the “Twisted Tower” originally made by the artist Mihoko Tachibana. The tower is designed to use multiple origami segments to form a bendable structure that can expand and contract. The engineers took this design and reworked it to dramatically increase the capabilities of industrial robots and this could mean big things for the manufacturing industry.

In the team’s initial tests using paper folded models, the engineers attached three small towers to the end of a larger tower and manipulated the structure to grasp using three grippers. Lee’s team noticed that while picking up and moving eggs and ripe fruit, the fingers would distribute excessive force and deform. This important discovery demonstrates the design’s potential for manipulating various fragile objects without required force based sensing. TWISTER could also lead to robots that can safely work around humans without the need for concern.

The team’s recent conversion to 3D printed models was a major step forward for the project. This work has led to the ability to fabricate complex origami shapes with 3D printing. While presenting her team’s findings at the IEEE/RSJ International Conference on Intelligent Robots and Systems in Vancouver, Lee said “Among the possibilities for this robot are fragile-object manipulation and direct human-robot interaction, because these robots are soft and safe,” she continued “TWISTER is very different from rigid body robots.” (http://bit.ly/2fuDg9B)

TWISTER is made up of multiple layers of regular polygons, which forms a tube like tower that maintains the properties the team developed. To control the robot and run the simulation, Lee used a cable based movement system. Other materials are also being considered for the robots final design, such as shape memory alloys.

Other applications are also being considered for the robot, specifically medical and space robotics. Surgeons are interested in this technology for minimally invasive surgeries so they can cut back on the tissue stress during laparoscopic procedures. Meanwhile, the arm is being considered for use in space due to its lightweight and collapsible structure.

The hard work that the team put into TWISTER will go a long way for robotics in the manufacturing industry if everything goes well. One of the main concerns with robots on the factory floor is the danger they pose to human employees. These developments can help eliminate that stigma from these handy tools and make the industry safer for everyone.