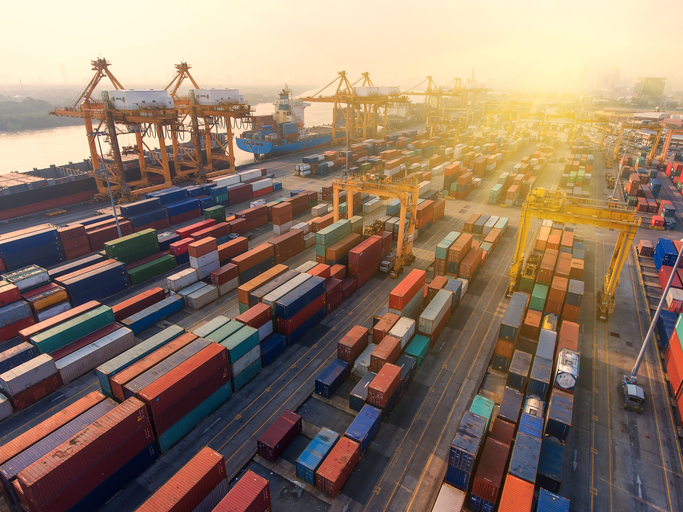 One of major promises which the United States president Donald Trump made when he was elected president was that he would reduce the country’s trade deficit with other countries. However, the data released by the United States commerce department shows that the US trade deficit in January 2018 has reached the highest monthly level since October 2008 to $56.6 billion as exports have declined while imports have remained the same. The trade deficit is higher than what it was at any time during the previous government led by the President Barack Obama, and Trump believes that it is due to some unfair trade deals.

Trade data indicates that exports fell 1.3 percent compared to December 2017 to $200 billion in January 2018 while imports were flat at $257.5 billion, resulting in a 5% increase in the trade deficit from $53.9 billion in December 2017. Though the trade deficit in October 2008 was $59.5 billion, it quickly fell to $44.1 billion, the next month as the depression of 2008 gripped the economy. The trade deficit further reduced to $26.9 billion in June 2009, before gradually increasing again. In particular the United States had a $76.5 billion deficit in goods trade which was partially reduced by the surplus in service exports like education, banking of $19.9 billion.

China was a major trading partner with a trade deficit of $36 billion in January 2018, the highest levels since September 2015, while the trade gap with Canada also increased to $3.6 billion, the highest level since December 2014. While economists claim that the US trade deficit has always increased when the economy is booming, the president Trump believes that the deficit is an indicator of economic weakness, and the deficit is because of some poorly negotiated trade deals. The president is threatening to impose tariffs on a number of imported products like a 25 percent duty on imported steel, 10 % duty on imported aluminum, triggering a trade war.

In retaliation to the United States tariffs, Europe is also threatening to impose sanctions on exports from the United States like Harley Davidson motorcycles, jeans and bourbon. Trump also wishes to rewrite the North American Free Trade Agreement which was finalized in 1994 as it has trade deficits with its neighbors Canada, Mexico, so that manufacturing of vehicles moves from Mexico to the United States. The financial markets were adversely affected by the tariff announcement by the US president, who claimed that the country was exploited by trading partners and had unfair trade deals which encouraged companies to move manufacturing activities overseas.

In an interview with Fox Business Network, Treasury official Steve Mnuchin said that United States was only interested in fair and reciprocal trade deals and the president was not afraid of getting into a trade war, though it was not the original aim of increasing tariffs. However economists claim that macroeconomic factors are at play and the country has always consumed more that what it manufactured in the last few decades. The US trade gap has increased since Trump became president, because the economy is doing well, US consumers prefer imported goods, and have the confidence in the economy to purchase the goods.

Episode 239: Find Out How MEP's Help Small and Medium-sized Manufacturers