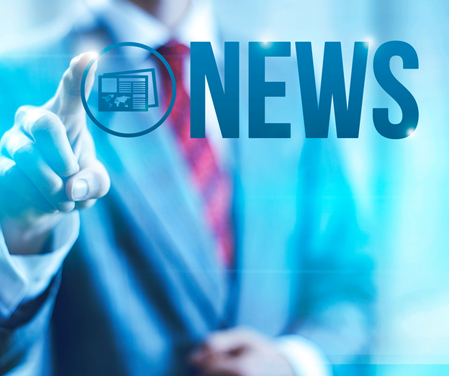 We sit with Peter Edlund from Di Central to discuss the benefits and downsides to upgrading that old technology. We also discuss new technology, specifically augmented reality, with Patrick Ryan from Newport News. Join us as he explains how this new tech has reduced inspection times for aircraft carriers from 9 days to just 90 minutes.

Here Are Some Of The Top Stories This Week In Manufacturing

Digital technology is everywhere throughout industrial sectors like manufacturing and oil and gas. These new digital technologies have brought incredible applications to help streamline business and improve efficiency across the board. With all these benefits, the fact remains cybersecurity is not taken seriously enough. Cybersecurity must be treated as an essential part of the digital web in order to keep employees safe, private data secure and reduce downtime. Furthermore when it comes to oil and gas operations, there are additional threats a cyber attack can pose, not only for the company but for surrounding communities and the environment as a whole. (Read More)

It is no secret the iPhone is manufactured overseas. Designed in California, this wildly popular smartphone has always been assembled with outsourced labor from countries like China and Taiwan. However this may all change as word broke last week that Apple has asked Asian-based manufacturers Foxconn and Pegatron in June to explore the possibility of manufacturing their smartphone in the United States. (Read More)

It is official, Elon Musk’s Tesla Motors Inc. has made it past the realm of Electric Vehicles and officially becomes a clean-energy company. Thursday, shareholders voted on whether or not to approve the acquisition of SolarCity Corp and it passed with flying colors. The deal is valued at $2 billion according to Bloomberg and has greatly expanded Tesla Motors Inc.’s reach throughout the clean energy industry. This move could mean big things for the company’s future. (Read More)

Baker Hughes, the oilfield service provider, has issued their rig count for the week and things are looking good for American oil and gas. U.S. oil rig count was up by 19, the largest increase the country has seen since July 2015. This brings the total number of oil rigs to 471 which is the highest it has been since February 5th of this year. The active gas rig count has gone up by one since last week making the total active number 116. Some of the top oil producing states to see increases were Texas’s gain of 8, Louisiana and Oklahoma both gained four, Ohio’s gain of 3, Colorado’s gain of 2, and Utah’s increase of 1. (Read More)

U.S. Oil & Gas: Rig Count Up but is OPEC Down for an Agreement