Global manufacturing is in a slump. Will it result in the end to the longest economic boom in America’s history, or several months of sub-par GDP growth where manufacturing hunkers down and waits for the tea leaves to reveal the future? Join hosts Lew Weiss and Tim Grady as they query Norbert Ore, Director of Industry surveys for Strategas Research Partners, who follows 18 Purchasing Manager’s Indexes around the world and several regional U.S. PMI reports to show where the economies of our international trading partners appear to be headed. Don’t be fooled by the mainstream media that loves the drama of negative news – get the facts on Manufacturing Talk Radio. 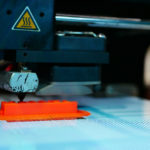 Advanced prototyping and manufacturing service provider based in California, FATHOM, has received a patent behind its online quoting platform for 3D printed parts. (Read More) 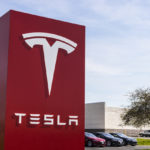 In a surprising turn of events, Tesla was able to secure an official government certificate of approval for the Gigafactory 3 ahead of production starting at the facility, which is supposed to be very soon. (Read More)

This week on The WAM Podcast, host, Linda Rigano is joined by Rosemarie Truman, a woman on a mission to help entrepreneurs realize their dreams.

Rosemarie shares with listeners about how the most revolutionizing inventions, including the Internet, GPS, and cancer vaccines, have come out of government-funded Research and Development (R&D). According to Rosemarie, the majority of US taxpayers’ R&D investment, $140B/year, is untapped; with less than 0.1% of inventions become products.