Dr. Chris Kuehl. The CMI or Credit Manager’s Index produced by the National Association of Credit Managers (nacm.org) is yet another slice of economic health that is presented each month by Dr. Chris Kuehl, as he discusses the report in depth as well as other economic factors impacting the U.S. economy including the tariffs with hosts Lew Weiss and Tim Grady. 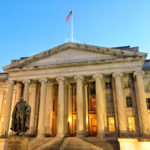 In a rare move, the U.S. Treasury Department has officially labeled China a currency manipulator. After the People’s Bank of China allowed their currency to drop to the lowest level in over a decade, the Treasury Department issued a statement that read in part, “In recent days, China has taken concrete steps to devalue its currency, while maintaining substantial foreign exchange reserves despite active use of such tools in the past.” The last time Treasury designated a country as a currency manipulator was again China, back in the early ’90s. (Read More) 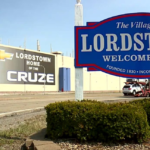 Workhorse, the Ohio-based electric truck company that had been involved in preliminary discussions with GM to buy their shuttered Lordstown manufacturing facility may not be the savior President Trump assured us they were. (Read More) 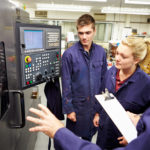 NEW YORK, NY – MFG Talk Radio co-hosts Lewis Weiss and Tim Grady discuss manufacturing in America from the perspective of the small and middle market companies that represent the vast majority of the country’s manufacturing businesses. Join them as they tackle a well-publicized issue—the brain drain in manufacturing, and what the industry is doing to solve it. (Read More)

This week on The WAM Podcast’s special series with the American Society Of Safety Professionals (ASSP), host, Jennifer McNelly, chats with Diana Stegall, the President of ASSP and Executive Vice President of Rivendell Safety Consulting in Tucson, Arizona. Diana was the first woman to be named ASSP’s safety professional of the year. With years of experience, she is here to share her thoughts on the assumptions in the workplace, especially as it pertains to gender roles. (Read More)

Episode 361: Dealing With Counterfeits In The Manufacturing Supply Chain