In this live, year-end episode of ‘Cliff Notes on the Global Manufacturing Picture’, host Cliff Waldman interviews Dr. Chad Moutray, Chief Economist of the National Association of Manufacturers, on his recently published paper which considers the post-pandemic future for U.S. manufacturing. The interview touches on the outlook for 2021 US manufacturing growth. Also discussed are a range of structural issues that have been impacted by the pandemic. These include deployment of disruptive technologies, human capital investments, physical distancing of the workforce and supply chain configuration. 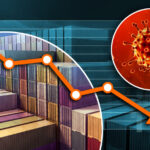 The Covid-19 pandemic has seriously impacted manufacturers both across the United States and the world. However, as it approaches the new year, restructuring efforts have been underway, as those who have managed to keep things running have been searching for new deals and business opportunities. (Read More) 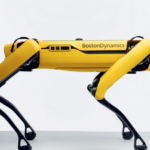 Boston Dynamics is well-known by many for the interesting robots which they showcase in their demos, performing impressive tricks like backflips and 360-degree spins. However, the robotics company is now changing hands in a massive deal that is just shy of a billion USD. (Read More) 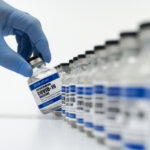 In the past two weeks, shipments and emergency usage of Pfizer’s Covid-19 vaccine have already begun, most notably in the U.K. However, news about how the company has had to cut back on their 2020 production targets, along with their plans to honor contracts with other countries, has some worried that the United States will be critically short on vaccines. As such, Moderna is offering a possible fail-safe option for the U.S. to explore. (Read More)

Meet Chloe Songer, founder of Thousand Fell – more than just a manufacturer of footwear, but a leader in the movement to build a circular economy. Motivated by the enormous waste in the fashion industry and a desire to make a difference, Chloe took it upon herself to learn everything she could about the production process. She was introduced to manufacturing working for the Alexander Wang Group in China and later moved to Gap where she got an education in supply chain.

Episode 499: How to Plan For the Totally Unexpected