Investing in robotic automation is one of the highest ROI investments a manufacturer can make. But only 5% of manufacturers are aware of how flexibly automation can work in enhancing their operations.  Hosts Lew Weiss and Tim Grady speak with Roger Paulson, Regional Automation Manager at Acieta about the benefits and ROI of robotic implementations. 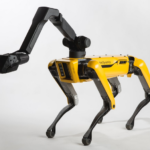 Boston Dynamics announced at TechCrunch’s Sessions Robotics 2018 at UC Berkeley last week that it would be offering for sale, 100 of their four-legged robots, named “SpotMini”, next year. At present the company has built 10 examples of these robots however with advances in technology, it is now possible to manufacture these robots more rapidly. (Read More) 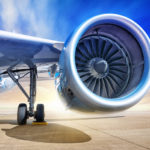 As the aerospace industry in the US enjoys a surge in business, manufacturers are struggling to meet demand due to a severe shortage of qualified workers. Results of the Aeronautical Repair Station Association (ARSA) 2018 member survey paints a grim picture of the future with more than 80% of those who responded indicating difficulty finding qualified technicians. (Read More) 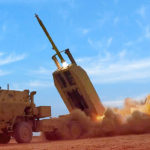 Bethesda, MD based Lockheed Martin received an $828 million contract with the U.S. Army. The “not-to-exceed” contract is for the production of Guided Multiple Launch Rocket System (abbreviated as GMLRS) Alternative Warhead rockets, GMLRS Unitary rockets, Reduce Range Practice rockets and other related support equipment. The equipment is slated for use by the U.S. military for combat and combat training as well as for sale to international clients. Manufacturing and other contract related activities for these rockets will take place at Lockheed’s facilities in Dallas, Texas and the Precision Fires “Center of excellence” located in Camden, Arkansas. (Read More) 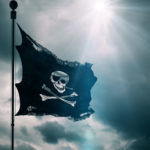 Cyber Pirates: A Real Threat To The Freight Industry

Throughout the world, shipping is one of the most inexpensive and convenient transportation methods for manufacturers to send their products to customers and procure low cost raw material from suppliers. The World Shipping Council reported that there were over 680 physical pirate attacks on ships worldwide since 2014. However as ships and freight companies embrace advanced technologies, so-called “cyber pirates” are attacking the software systems of ships and the shipping companies remotely and causing far more damage than pirates who physically attacked the ships. (Read More)

Amanda Dunlap from Abrasive West LLC, is a third generational manufacturing company that specializes in tungsten carbide inserts for the medical industry and OEM’s. We will discuss her journey running her father’s company, growing that company and her experience in navigating those aspects. Amanda was picked to be a part of Goldman Sachs 10,000 small business program and learned first hand skills on negotiation, marketing, employee management and how to immediately put it into action. Dunlap will discuss that program, her personal growth and how she has infused that cohort into her strategic growth plan to take her company to the next level.

Cyber Pirates: A Real Threat To The Freight Industry