Tony Uphoff, President and CEO of Thomas (thomasnet.com) joins hosts Lew Weiss and Tim Grady to discuss three major trends in manufacturing: State of US Manufacturing, The impact of the tariffs on US Manufacturers, and the digital transformation of industrial sales, marketing and supply chain management. Listen to this special episode to learn how to navigate this manufacturing turbulence. 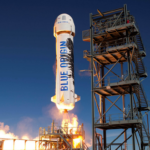 Some of the biggest names across the aerospace industry are joining forces with the founder of Amazon and Blue Origin, Jeff Bezos, to create what they’re calling the Human Landing System, which will put humans back on the moon’s surface by 2024 as part of NASA’s Artemis program. (Read More) 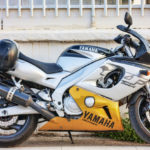 The biennial Tokyo Motor Show is just around the corner, but don’t expect Yamaha to introduce any new designs at this year’s event. The company has recently announced that they were shifting their focus into other areas. (Read More) 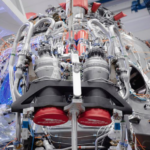 In recent years NASA has made it clear that the private development of American-built crewed space vehicles is a very high priority. After the shuttle fleet was grounded in 2011, the United States has relied on the Russian Soyuz spacecraft to get crews to the International Space Station (ISS). Problem is, it is not cheap. The cost of a single seat on Soyuz is about $85 million. In addition to the high cost, Soyuz can only fit 3 astronauts at a time. (Read More)

This week on The WAM Podcast, host, Linda Rigano gets to chat with an amazing trailblazer, Allison Grealis. Allison is on a mission to create worldwide awareness for women in all areas of manufacturing.  Allison’s background is fully rooted in service and manufacturing. Growing up in Akron, Ohio, Allison’s father had a successful career at Goodyear Rubber and Tire, while her mother, a stay-at-home mom, was always active as a community volunteer. Early on, Allison’s legal career path changed course after being recruited by an association.