Dr. Chris Kuehl, a managing partner with Armada Corporate Intelligence and chief economist for several non-profit organizations including the FMA and FIA, joins co-hosts Lew Weiss and Tim Grady to discuss the current Credit Manager’s Index issued by the National Association of Credit Managers, as well as the outlook for the U.S. economy in view of world and local events. 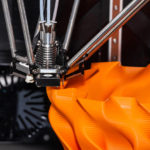 Thinking Robot Studios Inc., a privately held medtech company based in Buffalo, New York, has received permission to build an implant 3D printing facility. The new site will be located at Buffalo Lakeside Commerce Park, a reclaimed “smart growth” area, where 22 acres of land is set to be acquired by the company. Thinking Robot Studios plans to build office and manufacturing space on the land worth an estimated $84 million. (Read More)

In this episode Christopher Hooton, Senior Scholar at the George Washington University Institute of Public Policy and Chief Economist of the Internet Association and Peter Tyler, professor in urban and regional economics in the Department of Land Economy at the University of Cambridge, discuss their newly published paper on the impact of enterprise zones. Chris and Peter outline the basic findings of their study and discuss the role of manufacturing in enterprise zone development. Other topics include the relationship between enterprise zones and clusters, the impact of enterprise zones in developing economies, and the issue of capital pirating from surrounding localities. 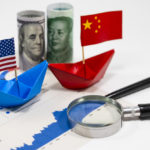 The Wall Street Journal is reporting that U.S. and Chinese officials are close to rolling back some tariffs in the interest of keeping negotiations moving forward. In an article published Monday, November 4th, Myron Brilliant, Executive Vice President and Head of International Affairs at the U.S. Chamber of Commerce is quoted as saying, “The two sides are really close to a deal but it will come down to the presidents to make the final call.” (Read More)

This week on The WAM Podcast’s special series with ASSP (The American Society of Safety Professionals), we are very grateful to have Rosa Carrillo on the show, who has come to share some of the research she has published in her new book, The Relationship Factor in Safety Leadership. Rosa’s book argues that business leaders should build strong, healthy relationship networks in their companies because it helps them build trust with coworkers.