Lou Rassey is CEO of Fast Radius, a manufacturing lighthouse known as a smart factory. Need some clarity of that? Tune in and listen to hosts Lew Weiss and Tim Grady parse the topic with Mr. Rassey as they discuss a manufacturing future where the cloud is the parts and inventory warehouse, production is completed on demand as close to the customer as possible, and logistics becomes most short-haul with reduced delivery times. Where does your company fit into the 21st Century manufacturing picture? 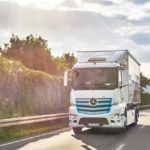 Currently, there are around 276 million vehicles operating in the United States, which around 15.5 million of those are trucks, which in turn has led to a search for a safe way to transport 10 billion tons of freight in an efficient manner. Daimler Trucks North America has recently acquired Torc Robotics with the goal of developing and testing automated trucks. (Read More) 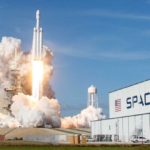 A recent Morgan Stanley study has suggested that the privately owned aerospace company SpaceX, which was founded by Elon Musk, could reach a value of $120 billion. This would make SpaceX worth triple what Musk’s electric car company’s value and larger than other aerospace companies like Northrop Grumman, Lockheed Martin, and Raytheon, which are currently worth $64 billion, $112 billion, and $56 billion respectively. (Read More)