Manufacturing Talk Radio welcomes Terry Iverson, president and CEO of Iverson & Company, a machine tool distributorship and precision lathe rebuilder and author of Finding America’s Greatest Champion. This new book challenges us to change the perception of manufacturing, how we view the art of manufacturing, how we view workers who consider themselves craftsmen and how we mentor our next generation youth. Terry’s book features interviews with corporate giants, athletes, politicians, TV personalities and more. 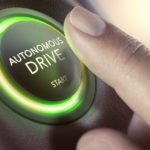 Toyota certainly has faith in the future of autonomous vehicles with a new $500 million investment in Uber’s self-driving program. The car manufacturer has also pledged to work closely with their researchers/engineers and provide vehicles for the company to test on. Uber will be retrofitting Toyota Sienna minivans with its autonomous driving technology, which will enter street tests in 2021. (Read More) 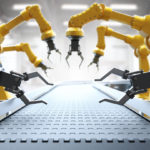 Autodesk’s Brickbot Learns to Assemble LEGOs on Its Own

It may seem like a trivial task but over the past few years, scientists working in Autodesk’s AI Lab out in San Francisco have been teaching robots to play with toys. This company is also responsible for AutoCAD and other 3D Design software. (Read More) 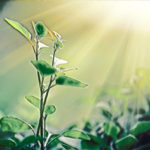 With a greater focus being put on finding new sources of renewable energy, many around the world are experimenting with different methods of procuring power. Researchers have recently developed an interesting way of harnessing solar power that involves splitting water into hydrogen and oxygen by adapting the photosynthetic machinery in plants. (Read More)

Despite being rejected during the hiring process and being told that “you’re taking a job away from a man,” these two Women of Steel refused to be told “no” and persevered on to succeed for over two decades in the demanding world of steel.  Their leadership in the union and the company has made a meaningful difference for the 500+ team members they support – and resulted in inspiring and profitable careers for themselves. Join host Barbara Trautlein as she interviews Kim Rutkowski and Libbi Urban as they share their unique perspectives about their unique roles in a very unique work environment: a self-managed team-based work culture in a steel mill that is a US-Japanese joint venture and represented by the USW.  Kim and Libbi have worked on the front lines as an operator and an electrician galvanizing steel, and served as union leaders in contract negotiations and training roles galvanizing the people into action. They share with us real-world, relevant, and actionable insights into how women can make it themselves as well as “reach back and pull other women forward.”

Episode 278: L.E.D.R. - Giving Students A Chance To Explore Their Leadership Skills And Connect With Peers