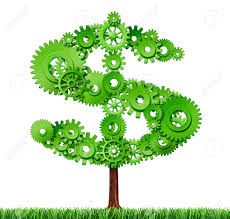 What Does 2016 Have In Store For Manufacturing?

As the PMI for December dipped below 50%, 48.6% to be exact, manufacturers are expecting things will turn around in the new year. 2015 saw expansion for 10 out of 12 months, but manufacturing in November and December began to contract. In December, ISM’s semiannual Economic Forecast showed a .2% drop in manufacturing employment but predicted to see an increase in employment next year. New forecasts surrounding the manufacturing industry in 2016 have been released which show manufacturers can expect business to pick up once again.

About half of the manufacturers that were surveyed in ISM’s forecast stated that they expect employment to continue at current levels in the next year, while a third expect an increase. Overall, a large majority of manufacturers expect 2016 to be an improvement over 2015.

Last year, the manufacturing industry faced some unexpected obstacles such as severe weather, the west coast port shutdown and other factors that slowed the industry down. As of now, the weather is already more desirable than last winter so if this keeps up weather should not impact the manufacturing industry this year. The port situation is clearing up as well, with ports returning to near normal conditions it is expected that exports and imports should proceed as scheduled.

Oil continues to fall in price which is giving manufacturers the opportunity to save on energy costs. Also, raw materials like copper and aluminum have also seen a large drop in price. Manufacturers noted in the ISM survey that they expect these low prices to help improve their profit margins.

Policy makers have also seriously discussed lifting the U.S’s crude oil export ban by the beginning of 2016 which could create vast opportunity for heavy equipment and industrial manufacturers in the oil industry. As oil prices plummeted due to over production by OPEC nations along with other global factors, U.S. oil producers needed to look for ways to cut costs which meant less equipment. If this ban is lifted, manufacturers could see a large increase in orders from small and large oil producers as they expand their operations once they have the OK to start exporting their premium priced “sweet” crude to foreign refineries.

More IT service providers are also beginning to offer additional Internet of Things support systems for manufacturers. Manufacturers might be able to offset the skills gap issue by increasing their productivity from smart systems and facilities. 2015 was the year of the Internet of Things, but it seems that 2016 might be the year in which every IoT capable device is able to be used to its maximum potential.

As more opportunities open up and new digital infrastructure continues to mature, manufacturers can expect a great year for business in 2016. All of these factors have manufacturers believing in a very prosperous 2016.

The Internet of Things Will Really Be Everything & Everywhere